2008 can be regarded as an important moment in the journey of Gregorius Antar Awal, known as Yori Antar, to recognize and start the preservation of Nusantara Architecture. At that time, Yori had the opportunity to visit the traditional village of Wae Rebo in Flores, East Nusa Tenggara (NTT), on an expedition he made with his fellow architects. 'Perjalanan Cinta Tanah Air', as he called it, is a journey to seek knowledge about the architecture of the archipelago in remote parts of the country, led by Han Awal & Partners which is regularly held every August 17th. Wae Rebo residents are visited by their "parents" from Jakarta

According to Yori, the experience was an honor as well as a slap that was able to make him aware on the fate of Indonesia's original cultures (architecture). How could it not be, when he and his group became the first people from the capital to set foot in Wae Rebo, students and scientists from abroad had already found a 'treasure' that had been forgotten for so long. Finally, a traditional head in Wae Rebo greeted Yori with the words, "For us, the arrival of people from Jakarta is the arrival of our parents." The shape of Mbaru Niang, the distinctive and unique traditional house of Wae Rebo Village, becomes its own charm (Doc: Yori Antar)

Hearing those words, Yori came to his senses and took a bold step to 'retire being a tourist'. That is, Yori doesn't want his journey to study architecture only to end up looking at, interviewing people, and gaining knowledge, as usual. Yori wants his future trips, especially around Indonesia, to be useful for the local community and the architecture. Because, when he met the natives of Wae Rebo, Yori got a harsh reality that almost caused the extinction of their traditional house (Mbaru Niang).

"You still want to preserve your traditional house?" asked Yori. "We are here to protect the customs," they replied. "(Then) where is the problem?" asked Yori again. "We have no money because we are not allowed to take trees from our forest," he said with discretion. The raw material for the roof of Mbaru Niang is reeds (Doc: Yori Antar)

Therefore, Yori decided to find donors so that the people of Wae Rebo could rebuild their homes, and help them. Not alone, to preserve the Wae Rebo traditional house, Yori also invited several parties to participate, especially students. Through these students, Yori hopes to be able to transfer oral culture to writing, related to the process of building the Wae Rebo traditional house which is one of the many treasures of Nusantara Architecture. The residents are working together to build Mbaru Niang (Doc: Yori Antar)

The Born of the Yayasan Rumah Asuh

After returning from Wae Rebo, one of the initiators of this Arsitek Muda Indonesia, then established the Rumah Asuh foundation aims to preserve traditional houses in the Nusantara. Until this year, there have been at least 60 points of preservation of Nusantara Architecture that have been worked on by the foundation.

From there, Yori increasingly understands and believes that Indonesia is a nation that has such a large cultural wealth, and all of that must be able to be an inspiration, not only for the nation itself but for the world as well. Thus, Nusantara Architecture, which is part of the cultural heritage, should have a more appropriate place in its own home.

Yori believes that Nusantara Architecture, which is spread over more than 17,000 islands in Indonesia, is not just a matter of diversity, but can also become a unifying nation. Keep in mind that many countries are amazed by the beauty and valor of Nusantara Architecture. Yori said that many scientists from Japan came to Nias Island, which is estimated to have more than 70 architectural styles, just to study how the structural system of traditional houses there can withstand earthquake shocks. In addition, not a few foreigners are also interested in traditional houses in the Nusantara, most of which are houses on stilts, using natural materials, and have various roofs. So, Yori emphasized, this Nusantara Architecture should be preserved as culture is passed on to the next generation.

In closing, Yori reminded us that the future of the nation's culture depends on the next generation. If they don't care, the link will be broken and then it will be a bell signaling the destruction of the nation's cultural heritage. However, do not necessarily make the preservation of Nusantara Architecture a mere romantic activity that obscures the development of the times. It should be remembered that the Nusantara Architecture and the architecture from abroad should not erase each other, but must synergize with each other.

The People| Architects|
There are no comments yet. 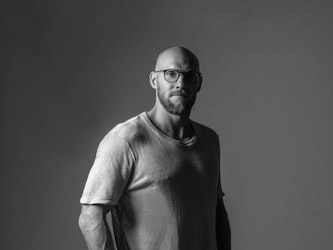 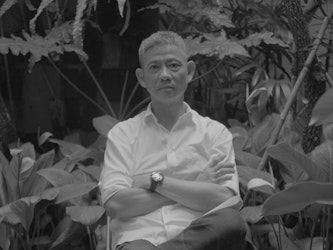 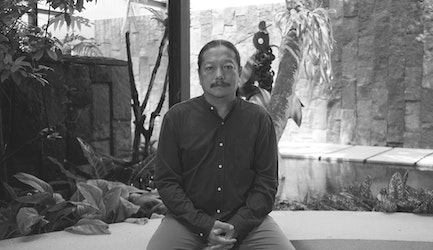 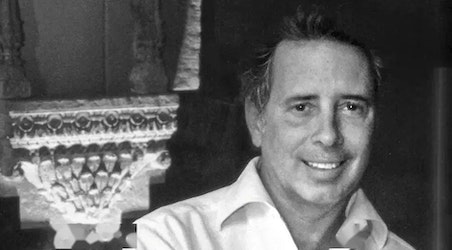