In designing the film's set, Her (2013) director Spike Jonze teamed up with production designer K.K. Barrett to create an intimate and immersive 'world of the future.' Jonze and Barret agree to reinforce the nature of protagonist Theodore Twombly (Joaquin Phoenix) through an apartment room that witnesses the main character's life.

Theodore Twombly's lonely, introverted, and depressed character is the background for choosing a filming location for his residence, the WaterMarke Tower, in Los Angeles.

K.K. Barrett is known for his trademark of always judging all creativity based on dynamics – quiet and loud, open spaces and small spaces, and always displays a minimalist concept in every design. He also carried that characteristic on the set of the film Her. In the apartment, KK Barrett showcases a new city with magnificent buildings (Photo by Archdaily)

The minimalist concept is expressed in the interior design of Theodore's apartment, which is full of pink. Barrett describes this apartment as a blank, hollow blackboard, like the personality of its residents. However, during a site survey, he considered this set less attractive, so Barrett gave life to the apartment by turning colored glass into a clear glass so that the city view behind it could enter the room while allowing light toward Theodore, which implies warmth.

In creating a warm minimalist apartment, Barrett added shiny wooden floors and soft-colored wooden wall partitions that allowed Her moviegoers to see the light or space in turn. A warm atmosphere is also set on the walls of Theodore's private room, highlighted by red panels that can change color throughout the film. The office set was designed to describe Theodore's work as a letter writer. Barrett designed the set in this office with a minimalist layout that fits the plot needs of the film without adding redundant objects. To give a different impression to the minimalist concept so that it is not monotonous, Barrett added bright colors to the blue and red Plexiglas panels. These panels serve as a partition between the workbench, space, and protection on the windows. Interestingly, the panels will create the illusion of color on the walls when light highlights them. The materials and colors are so evident in the interior of Theodore's office, which is arranged to depict tranquility and comfort. With an arrangement like this, Barrett wants to show that a minimalist office is about 'saving furniture' and what can be played to achieve a feeling of comfort and calm for employees. Through exploration of the color spectrum, Barrett has brought to life Theodore's cold character yet remains surrounded by color, illustrating that he has so much hope in his life. K.K. Barrett adds a Plexiglas palette to give a different feel to the minimalist concept (Photo by Pinterest)

Overall, the set design by K.K. Barrett focuses on the characters and spaces that follow their stories. So, the minimalist concept in Her film can accompany the character's daily life, starting from the design of the city view in the apartment, the warm apartment interior, and the colorful minimalist office.

Interior| House|
There are no comments yet. 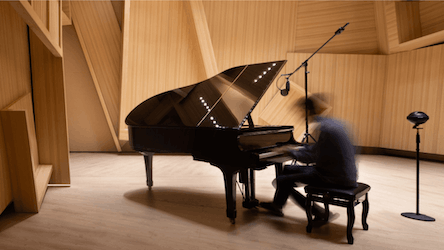 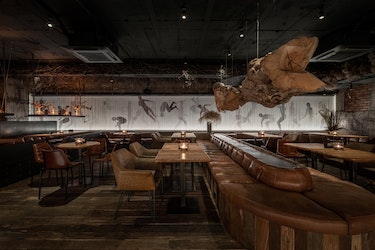 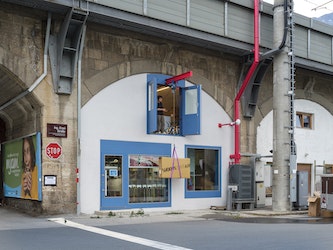 The Collaboration Between Three Architects: Nightclub into a Bicycle Shop

One of the nightclubs in the commercial district of Innsbruck, Austria has now been converted into a two-story bicy 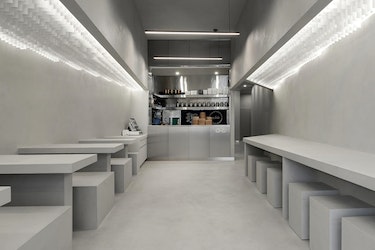 Feeling Melancholic Due to the Dramatic Atmospher of Bao Express' Interior

The Canadian AC studio, which is famous for its characteristics– always features a minimalist side in ev