One Green Mile is the result of MVRDV's collaboration with co-architect StudioPOD in creating a public space that can overcome the negative impact of the arrogance of concrete infrastructure in the city of Mumbai, India. Under the Senapati Ayah Marg flyover, which is known to be so noisy and hampers the mobility of the local area, MVRD was invited by StudioPOD to remodel the abandoned city space to be more useful and green. Both seek to provide an open space for all communities that is full of facilities and greenery, while also increasing mobility and creating a strong visual identity for the area. On a broader scale, both also position this project as an iterative approach to sustainable urban development. It also confirms a new benchmark in cultivating underutilized public spaces in Indian metropolitan cities. The space under the flyover was once abandoned, now it has become a playful community space. (Image courtesy of Suleiman Merchant)

At the initial stage, what StudioPOD does is solve traffic and road profiles, which is then continued by determining the program and identifying the target group. After that, MVRDV designed meandering blue lines that aim to create a cohesive visual identity in every element of the space. From there, the concept of One Green Mile emerged, which offers a fun and holistic urban spatial experience. Having a variety of facilities makes One Green Mile a public space suitable for all communities. (Image courtesy of Suleiman Merchant)

One of the things that MVRDV presents in its concept is the transformation of two-dimensional visual features into a 3D spatial experience through a hilly asphalt landscape. It's also what accommodates a wide variety of programs and brings out a dynamic physical attraction. In addition, the selection of visual accent colors for materials and graphics also managed to convey all aspects of the intervention as a whole. In terms of space, MVRDV tries to divide it into a series of public 'spaces' with various functions, including lounges, gyms, shaded sitting areas, performance rooms, and reading rooms. In the One Green Mile concept, of course, there are also reforestation efforts which expected to promote biodiversity while cooling the surrounding air and reducing noise pollution. Furthermore, by designing the One Green Mile, MVRDV also strives to create comfort and ease of access by establishing a connection between pedestrians and cyclists. So pedestrians, bicycle paths, and large-scale bright zebra crossings are provided to increase accessibility and safety. In this way, the public will be more motivated to reduce the use of private engine vehicles, moreover, there is also a lighting concept that is able to work together with program elements and urban furniture features so that the safety aspect is guaranteed.

MVRDV added, that One Green Mile also exemplifies the circular economy approach by improving the quality of the flyover that houses it. Given, that the public space that is formed is able to give the flyover a new goal. This focus on cultivating green, shady, and inclusive public spaces is what makes One Green Mile easily repeatable elsewhere. The identity of the One Green Mile can be seen, one of which is the accent color, which blends with the greenery on all sides. (Image courtesy of Suleiman Merchant)

“Perhaps one day we will see the end of noisy, unpleasant highways carving up our cities, but for now they are still unfortunately a necessary evil – one you can see in Mumbai more than most cities”, says MVRDV partner Stefan de Koning.

“One Green Mile asks the question: what if we expected highways to give something back to the places they cut through? A flyover can provide some shade in a hot city, and creates a small area of land that can’t be developed with tall buildings. It’s not such a crazy idea to make that into a public space.” At One Green Mile, there are many relaxing areas complete with shaded seats from the hot Mumbai weather. (Image courtesy of Suleiman Merchant)

Making Infrastructure Do More: Mvrdv Completes One Green Mile in Mumbai, Inserting A Community Space Beneath a Flyover

Featured| Art|
There are no comments yet. 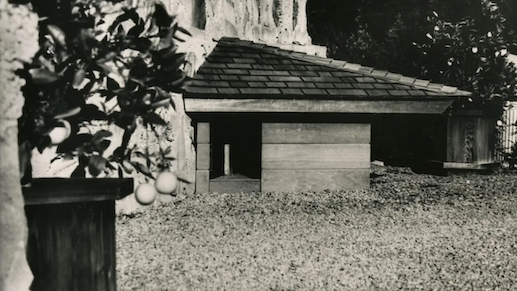 The Story of a Doghouse Designed by Frank Lloyd Wright
In the 1950s, Robert and Gloria Berger's family owned an adjoining Usonian house
Featured 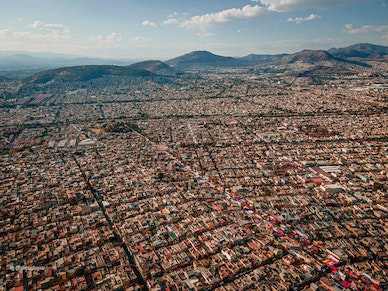 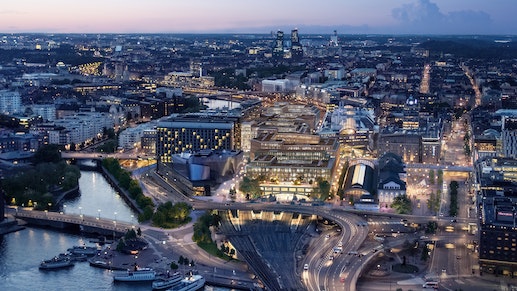 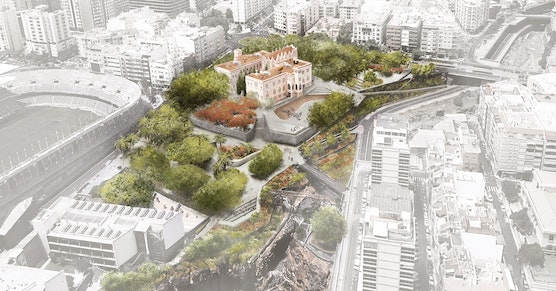 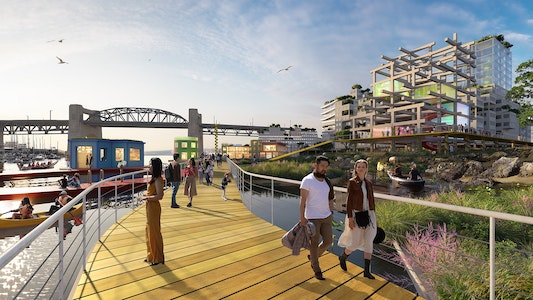