There is always hope for those who are or were experiencing a humanitarian disaster to rise and become stronger than before. This is evidenced by the increasing number of collective efforts to help those in need in recent years. As professionals who are considered capable of building a safe and adequate built environment, architects also have an important role in this effort. The Rebuilding Ngarannam Program was designed by Tosin Oshninowo. (Photo by UNDP)

So far, many architects have begun to participate in humanitarian programs by contributing designs for individual housing, public facilities, schools, or emergency refugee camps. Architects such as Shigeru Ban, Diébédo Francis Kéré, Anna Heringer, and many more have shown initiative, commitment, and collective efforts in overcoming the various emergencies around them. For clarity, we try to summarize some of the works of architects that provide real solutions for those who are victims of a humanitarian crisis. New residential neighborhood for victims of violence by the terrorist group Boko Haram. (Photo by UNDP)

The Nigerian government and the United Nations Development Programme (UNDP) in collaboration with architect consultant Tosin Oshninowo on a program aimed at creating new settlements for victims of Boko Haram terrorist group violence. Through ‘The Rebuilding Ngarannam’ program, it hopes that people from Borno State can revive their culture in a new environment. Type A prototype by Shigeru Ban Architects, Philippe Monteil, and the Volunteer Network of Architects for refugee shelters in Kenya. (Photo by UN-Habitat)

The conflict in Kenya has been of concern to UN-Habitat for several years, until in 2017, they invited Shigeru Ban Architects, Philippe Monteil, and the Volunteer Network of Architects from non-profit organizations to build a refugee shelter. In this humanitarian project, the architects involved developed various shelters in Kalobeyei Settlement so it could later become a pilot environment for other refugee camps. Type B prototype by Shigeru Ban Architects, Philippe Monteil, and the Volunteer Network of Architects for refugee shelters in Kenya. (Photo by UN-Habitat)

Shelter for Migrants and Travelers in Ivry-sur-Seine Shelter for Migrants and Travelers in Ivry-sur-Seine by Atelier RITA. (Photo by David Boureau)

By ONG Emmaüs Solidarité, the project takes with accommodating migrant refugees in Ivry-sur-Seine, a suburban city in France, which continues to grow in number. Utilizing the land in an old water factory that is no longer operating, Atelier RITA created several shelters accommodating about 400 people. The Modern Education and Training Institute (METI) aims to promote the interest in learning the children in Bangladesh. Together with architects Anna Heringer and Eike Roswag, METI built a Handmade School that provides classes for children and adolescents up to the age of 14 and special workshops for those interested in pursuing professions in the field of trade. Studio Kéré Architecture, led by architect Diébédo Francis Kéré was involved in the extension project of Gando Primary School in Burkina Faso. The school is responding to a request from more than 260 children in Gando who want to continue their education. Fortunately, this project has the full support of the entire local community, so the construction process becomes more accessible with the help of local human sources and materials. 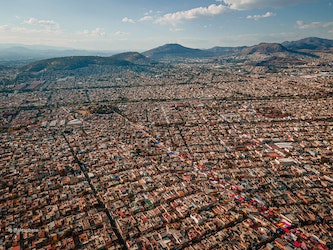 The Effect of Modern Development on Urban Planning in Mexico 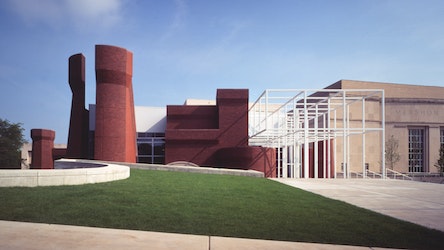 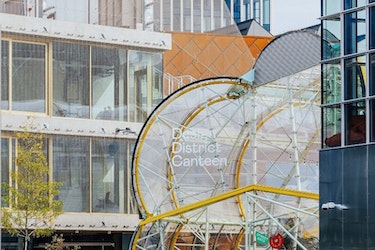 The London Design District is a new creative hub located in the heart of the Greenwich Peninsula. 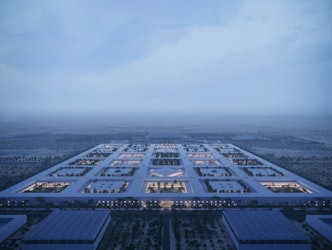 Recently, the Office for Metropolitan Architecture (OMA) has uploaded a video to YouTube of a low-rise hospital