A vacant lot of 4,000 square meters in the Yangon area has been converted into a public recreation space called Plot ABC. This restoration was initiated by the surrounding community due to the shabby condition of the land and the lack of open space in the neighborhood. For the process, the community entrusted the Myanmar-based architecture studio, Blue Temple. To provide maximum comfort, Blue Temple arranges the three areas at a distance that pays attention to ergonomic standards, so that people can enjoy the outdoors while relaxing in this public space without annoying design interventions. Blue Temple also complements this Plot ABC room with two circular rooms built using traditional bamboo scaffolding structures typical of Myanmar. This space is placed at the end of the field and is used to gather. Using bamboo materials for space construction is intended to prove its strength while campaigning that the carbon footprint of bamboo is low. Several trees, plants, ornamental shrubs, and flowers are planted in several areas of the Plot ABC to balance the ecosystem and facilitate coolness and oxygen production around these public spaces. (The Plot ABC has become a comfortable, safe, and clean public space)

The structure, project programs, and governance of this entire public space landscape are designed to create maximum comfort. Now, the originally shabby land has turned into a clean, beneficial, and safe public space for the surrounding community. 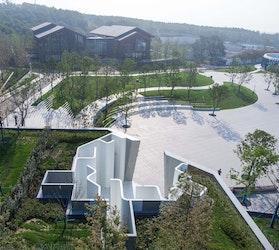 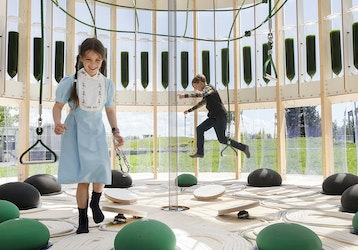 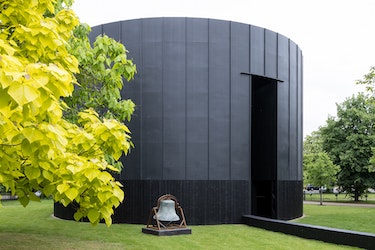 An annual event, where the Serpentine Galleries showcases a pavilion in the courtyard of Kensington Gardens 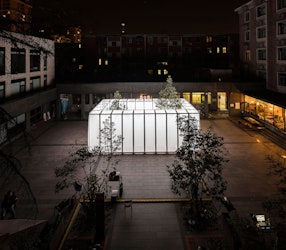 CO2 Pavilion as Representation of The Traditional Culture of China