"Semiramis" is an installation project from the collaboration of ETH Zurich Architecture professors, Fabio Gramazio, and Matthias Kohler (Gramazio Kohler Research). This installation is expected to become a symbol describes the relationship between modern technology, human, and nature. Located at the entrance of the Tech Cluster Zug in Switzerland, the "Semiramis" installation features a shape resembling an evergreen tree with a black iron structure and a prefabricated wooden shell arranged in such a way to accommodate greenery inside.

Its wooden shell is designed using the cutting-edge technology of modern robots programmed in a special algorithm to take into account every the robot’s movement, so technical errors do not occur. This is one of the methods in forming the installation shell in order to produce a prefabricated structure that matches the design drawings. After find the right algorithm, the two professors arranged the wooden panels placed in each robot's hand using TS3 casting resin which served as a binder for all sides of the panel. After that, the four hands of the robot will hold the wooden panels together to form a shell that matches the initial drawings of the design. Racing on early designs to create spruce-like visuals, Gramazio Kohler Research assembled this prefabricated wooden shell on a 22.5-meter-high iron structure. The tall and slender iron structure is a challenge for the team to consider and take into account the effects of long-term resonance and wind direction. As a result, the eight-spaced iron structures can minimize wind pressure thanks to carefully calculated systems and development methods.

Semiramis was ultimately able to answer the original goal that sought to connect modern technology, human, and nature. All three are summarized in one installation that is in the open. And for humans, this installation became an alternative to green spaces to ennoble plants that produce oxygen. 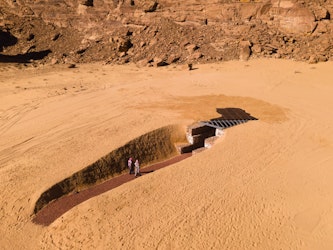 Under the Same Sun: An Installation That Reminds Humans and Living Things of Their Existence

With her identity known for its "complexity," Stephanie Deumer, a Canadian artist, created an instal 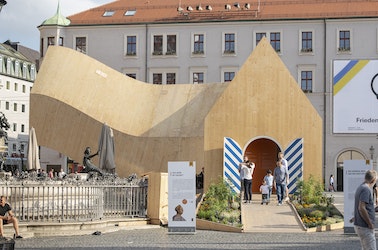 MVRDV's Pavilion Celebrates 500 Years of Fuggerei, the Oldest Housing Complex in the World

Fuggerei, located in Augsburg is one of the oldest residential complexes in the world. From May 6-June 12, 20 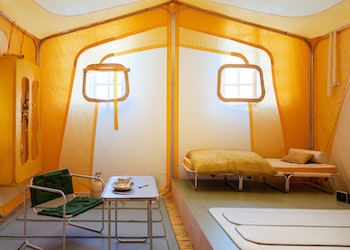 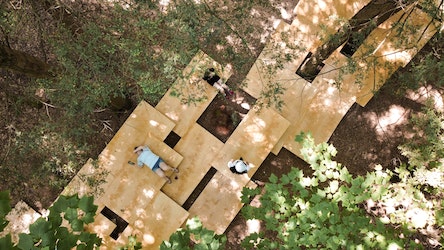 Arrangement of Plywood Boards in Peak A Boo Installation

In the middle of historic grounds for the 1969 Woodstock Music and Art Fair, the i/thee studio and a group of Texas