Matali Crasset presents a temporary installation titled Dark Sky (Ceilo Obscuro). This installation is designed to enliven the Concentrico 08 festival which will be held on September 1-6, 2022. Located in paseo del espolón park in Logroño, Spain, Matali Crasset forms Dark Sky with visuals that resemble the face of an owl. Appearing attractive in the middle of public space, Dark Sky (Ceilo Obscuro) is built using metal material painted in yellow. With curved contours and wooden cladding made in such a way, Dark Sky manages to represent the face of an owl that attracts the attention of anyone who passes by. (Dark Sky (Ceilo Obscuro) represents the face of an owl)

"The presence of this owl is like a puzzle around the myth of the owl, showing us a symbolic space that changes between day and night," Matali Crasset said.

During the day, this installation seems to depict an owl that is asleep. Since it is intended for children, the space program in the Dark Sky (Ceilo Obscuro) installation is arranged into three play areas. No less interesting, a small red passage under the eyes of an owl invites children to explore the entire installation area. This red passage will direct them towards the bird's beak which is in the front area as well as access to return to the inclined plane. (The little red passage is under the eyes of an owl)

At night, the owl would wake up and its eyes lit up as if inviting people who passed by it. In the end, Dark Sky (Ceilo Obscuro) can look attractive thanks to its visuals and functions that can captivate all human senses to create freedom of imagination in the activities in it. 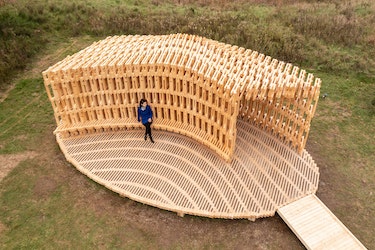 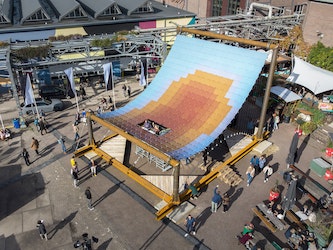 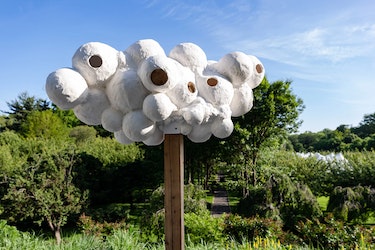 The Brooklyn Botanic Garden presents "For the Birds," a series of events dedicated to the birds and plants 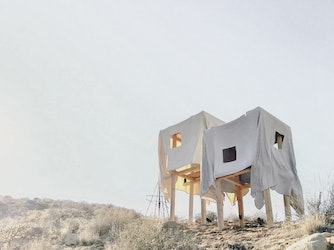 Learn from the Wind Pattern through Ghost House Installation