Louis Vuitton in collaboration with studio PlayLab Inc created a catwalk with the concept of a large-scale playground. Participating in Paris Fashion Week which took place on June 23, Louis Vuitton showcased the Spring-Summer 2023 menswear collection designed by the studio team of Vuitton and Virgil Abloh before he died in early 2022. Located in Carré du Louvre, Paris, PlayLab Inc creates a catwalk with a children's playground theme. Designed with a shape that resembles a children's race track surrounded by large balloons to bring the catwalk concept into the Spring-Summer 2023 menswear collection. The large-scale race track in bright yellow contrasts with the background of the building. 360-degree circular path to bring fantasy to life. The large red balloon design emblazoned with the Louis Vuitton logo is intended as an identity and accentuates the childish theme throughout the catwalk area. The green staircase which also evokes the feel of a children's playground contrasts with the yellow color on the race track as a manifestation of childhood dreams and shows the joy during the event. The concept of playing is intended to trace back to what Abloh had described as a child who was not familiar with gadgets. Free play is a trusted place to spark creativity. Overall, the design of the catwalk, which carries the theme of a children's playground, is designed to commemorate Abloh's childhood toys.

“Giant children's toys become a yellow brick path to the imagination: the evolutionary pathway of the mind in which childlike fantasies come to life. It is the transition from rising to subtle that’s reflected in the collection that elevates childhood through the savoir-faire Maison,” said Louis Vuitton. 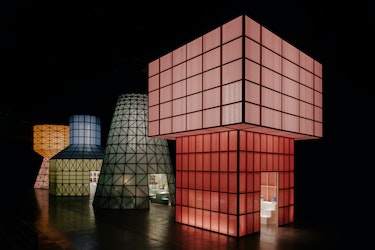 Hermès “Looking for Lightness” Against Gravity at Milan Design Week 2022

After the 6th day of being held, Milan Design Week has finished being held on 12 June 2022 in the 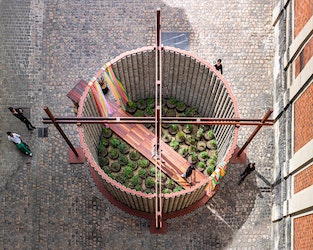 Elephant Theater: A Pavilion Made from Elephant Dung

In 2020 Bangkok Project Studio visited the village of Ta Klang in Thailand, a village famous for its elephant pets 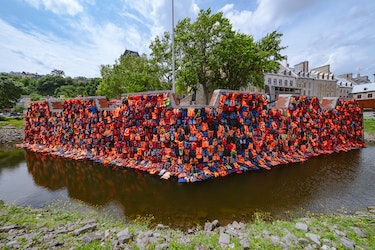 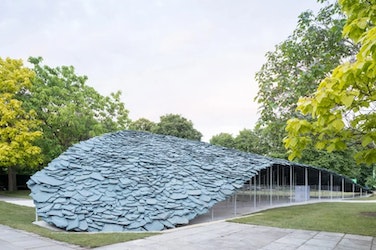 Serpentine Pavilion is an annual project that started in 2000 and is held once every year. In the first year of