The journey of a wood artist from Mexico, Joshua Vogel, in art has been traversed in various countries such as; Australia, Haiti, Europe, and Western America. Here, Joshua attended New Mexico State University and majored in Anthropology and Art History. His love of art led him to advanced studies with a concentration in architecture at the University of Oregon.

During his college years, Vogel participated in an activity that introduced him to forming woodworking. With this experience, in 1999, Joshua Vogel founded his first studio called Blackcreek Mercantile & Trading Company (BDDW) in New York, which focused on wood design and production, ranging from furniture, space decorating elements, and home cutlery. Joshua Vogel and his vases (courtesy of Architectural Digest)

One of Joshua Vogel's most talked about works is a jug-shaped vase he made manually using a wooden lathe. In a video produced by ARCHITECTURAL DIGEST, Vogel explains the process of making this iconic vase from start to finish.

This large vase of flowers uses local wood catalpa, which Vogel says has a dramatic pattern, and the tree's growth is so fast.

Using a chainsaw, Vogel began making the vase by cutting the outer shell from chunks of catalpa wood. After that, this chunk of wood is sculpted using a lathe and a roughing gouge sculptural knife to release the bark and form the wood into a cylinder. The next step is to measure the wooden chunk with a caliper and mark it with a pencil. This measurement will facilitate the process of forming chunks of wood by a chisel tool called a bowl gouge into a flower vase whose design has been planned. When the grooves of the vases began to form, Josh Vogel increased the lathe speed to obtain a smooth texture of the wooden surface.

After Vogel gets the shape of the outer part to his liking, the next process is making space in the inner area. It uses a drill, and an iron tool described as a hollow spear capable of punching holes in wood at a straight point. When the hole has formed, Vogel must observe the consistent thickness of the vase wall using a lance hollowing tool and sand the entire surface of the wooden vase to make it smooth and beautiful.

At the end of the video, Joshua Vogel Vas explains that large vases have to undergo a curing process (drying wood in the air to prevent rotting of the wood). This process is done by wrapping the vase with brown paper and leaving it in an open space for approximately three months before being coated with a special wood oil.

The process of transforming wood into a vase does take a long time because of the long process. However, that process ends up producing a beautiful and quality vase. According to Joshua Vogel, his project will teach lessons about the importance of patience to get maximum and satisfactory results. Design| Art|
There are no comments yet. 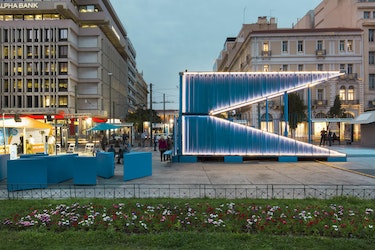 Communication is a link to social interaction between people. The presence of virtual communication has change 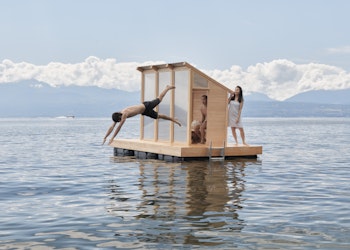 Located on Geneva Lake, which stretches across Switzerland and France, "Loyly" is a Prefabricated Floating Sauna 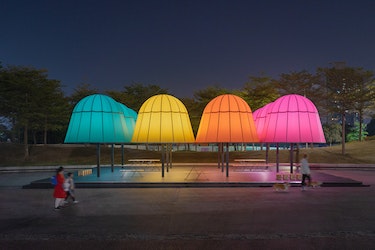 "Dream Glow" by Daxing Jizi is a pavilion with the theme "Searching the Glow of Future", 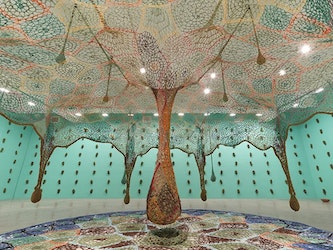 Ernesto Neto has brought the concept of an immersive environment with the play of bright colors, scents, and sound