An annual event, where the Serpentine Galleries showcases a pavilion in the courtyard of Kensington Gardens in London, has now reached its 21st time of hosting. This chapel-like pavilion was designed by Theaster Gates and supported by Adjaye Associates to realize it. Thick with industrial nuances with sculptures and surfaces dominated by black wood, this temporary pavilion is known as the "Black Chapel." Black Chapel is designed as a space for gathering, and meditation, as well as to create connections between art, architecture, and urbanism with an emphasis on sacral music. In addition, the Black Chapel also functions as a place of congregation and contemplation. The construction of this pavilion offers reflection, connection, and happiness to the public. Theaster Gates explains the name Black Chapel became important because it reflected an invisible part of his artistic work. He acknowledged the role that music and sacred art have greatly influenced his process of being active. In addition, Theaster Gates added that the Black Chapel represents that in this day and age a place to rest from the "stresses of the day" is very important, people need time for calm.

"I've always wanted to build a space that considers the power of sound and music as healing mechanisms and emotional forces that allow people to enter a space of deep reflection," he said.

The most important things in building this pavilion are space, architecture, sculptures, and materials. The shape is inspired by the industrial structure of Stoke-on-Trent bottle kilns in England and the religious structure of Tempietto Bramante in Rome. In addition, the shape of the Black Chapel is also inspired by traditional African building structures such as the Musgum mud hut in Cameroon and the Kasabi Tomb in Kampala, Uganda. Overall this installation was built by applying all the inspiration that had been set by Theaster Gates. The Serpentine Pavilion is cylindrical

Another uniqueness is the bronze bell placed next to the entrance which serves to call, signal, and announce performances and activities at the Black Chapel. Inside the pavilion is an altar featuring a series of tar paintings painted by Theaster Gates specifically for the Black Chapel that is hung on the interior structure of the installation. Thin black wooden boards became the access that carried the public from the garden to the cylindrical pavilion space with a dome roof featuring a hole with light that illuminated the interior of the Black Chapel. 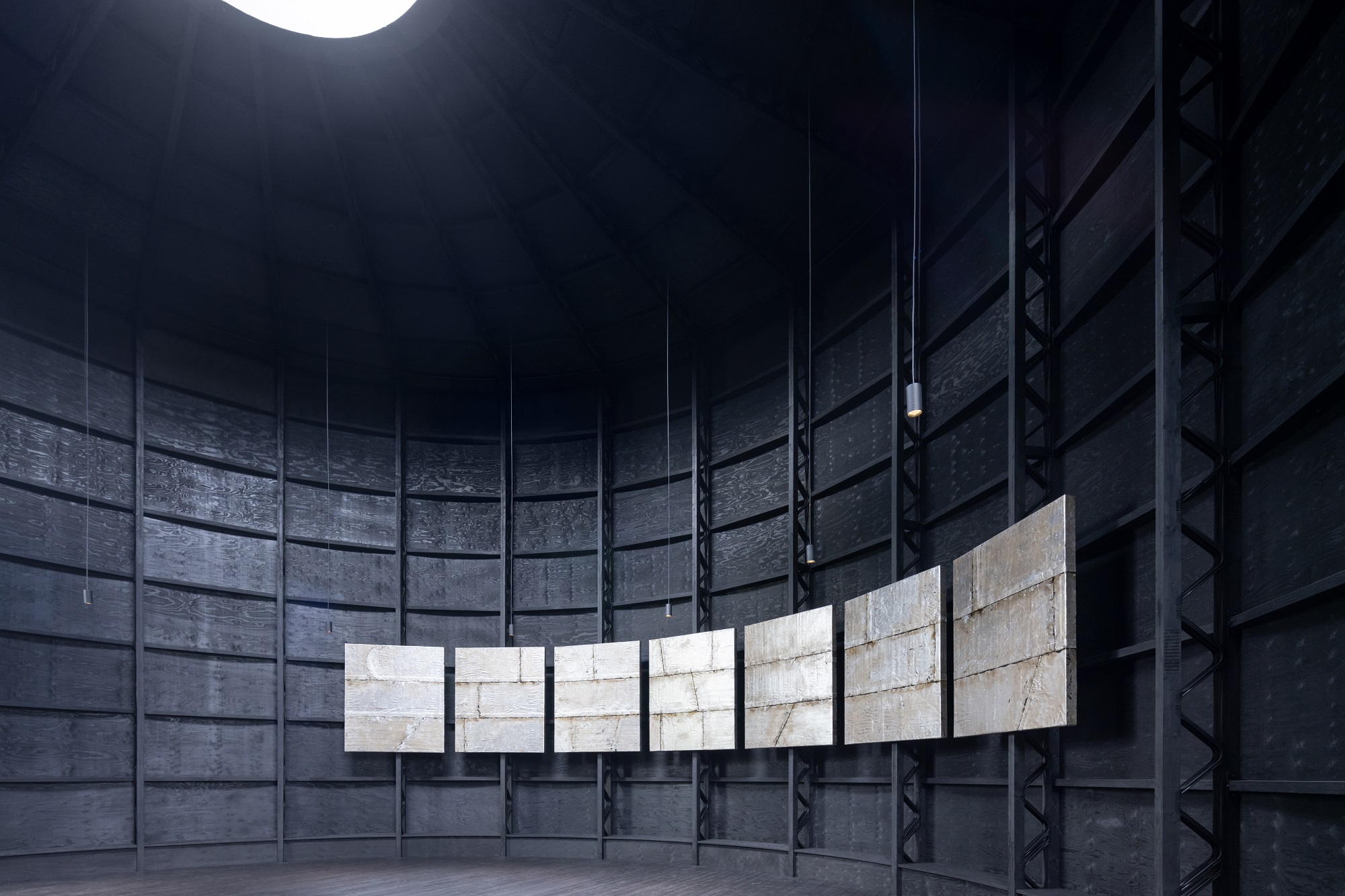 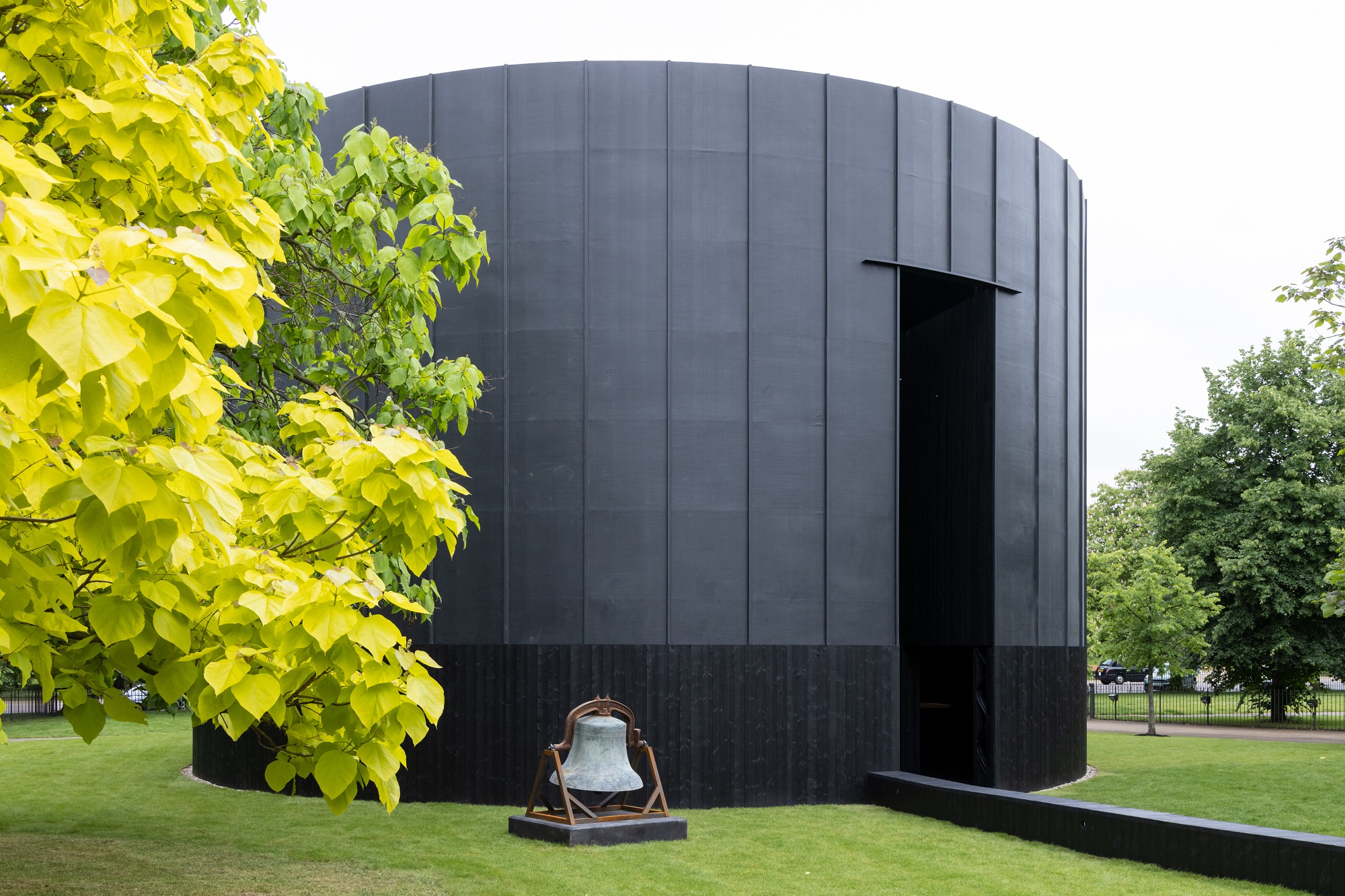 An operating bronze bell – salvaged from St. Laurence, is placed directly next to the entrance 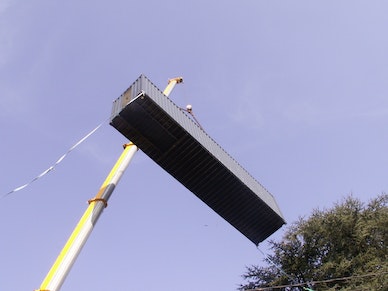 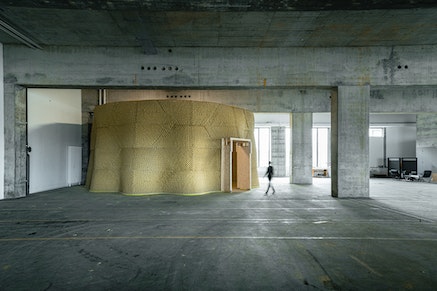 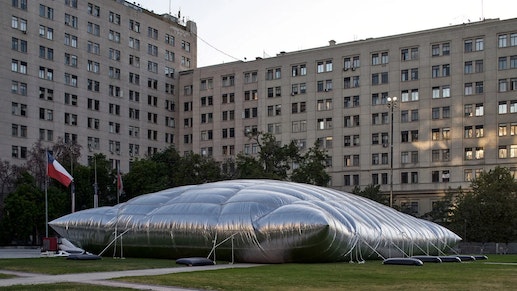 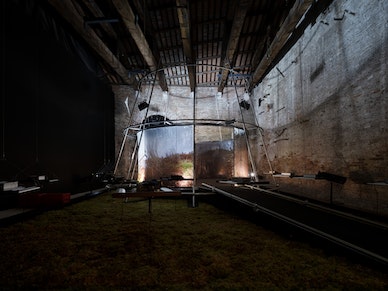