Located in the city of Dali, China, the Performing Arts Center building by the architectural office of Studio Zhu-Pei features the charm of a magnificent undulating roof that combines a viewing area and a seating area. This building is an art facility initiated by Yang Liping, a famous Chinese dance artist. Throughout her career, Yang Liping has enthusiastically taken care of nature and surrounding culture and devoted herself to developing the local folk dance in Yunnan. For this reason, she collaborated with Studio Zhu-Pei in building a performing arts center in this region. This building is located on the northeast side, outside the ancient city. Its east and south sides are bordered by farmland, rivers, forests, and wetlands. While the west and north are village areas. The scenery around the site is beautiful. To carry the character of the Dali region around the site, the design of the Yang Liping performing arts center directly applies to the transformation of the surrounding landscape. The stretch of surrounding view includes the Cang Mountain Range that passes through the ancient city from west to east and heading straight to Erhai Lake. The transformation, in particular, can be seen in the shape of the roof of the building. This building has a rectangular roof that stretches wide. The concept of a free-flowing roof covering the performance area blurs the line between landscape design and stage design. The roof uses a slate-coated material that has an organic profile with curved shapes following the outlines of the surrounding mountains and acts as a unifying connection between the ground and the roof. The shape of this roof also adapts the ancient Chinese principle of Yin and Yang, which emphasizes that two opposites when joined together can form a unity. The unusual shape of the theater building also wants to break the impression that the theater building is just a big black box wrapped in additional functions. Studio Zhu-Pei tried to show natural phenomena such as wind, sura, and light. This concept wants to subvert people's old thinking about theater to create a new theater concept that provides a new experience for visitors. Not only that, the concept of a building that blends with nature also contributes to good ecological architecture. The city of Dali has the special privilege of being on a plateau so that the sun shines very strongly. This unique roof shape not only serves to block ultraviolet rays but also casts a shadow as well as being a new comfortable space for people to take shelter and avoid the rain. 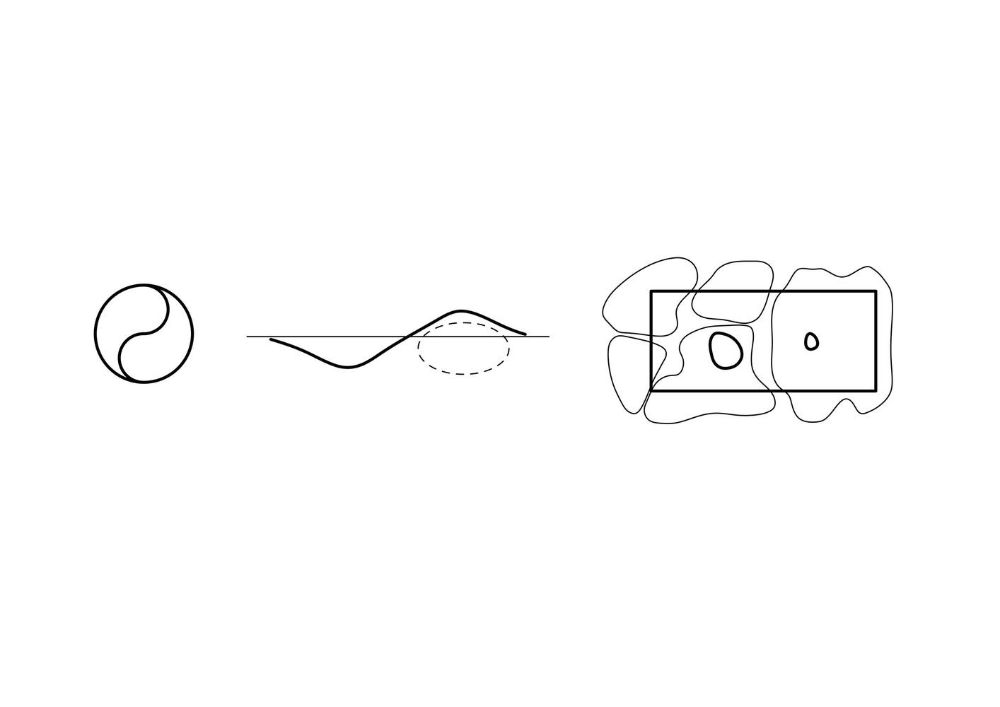 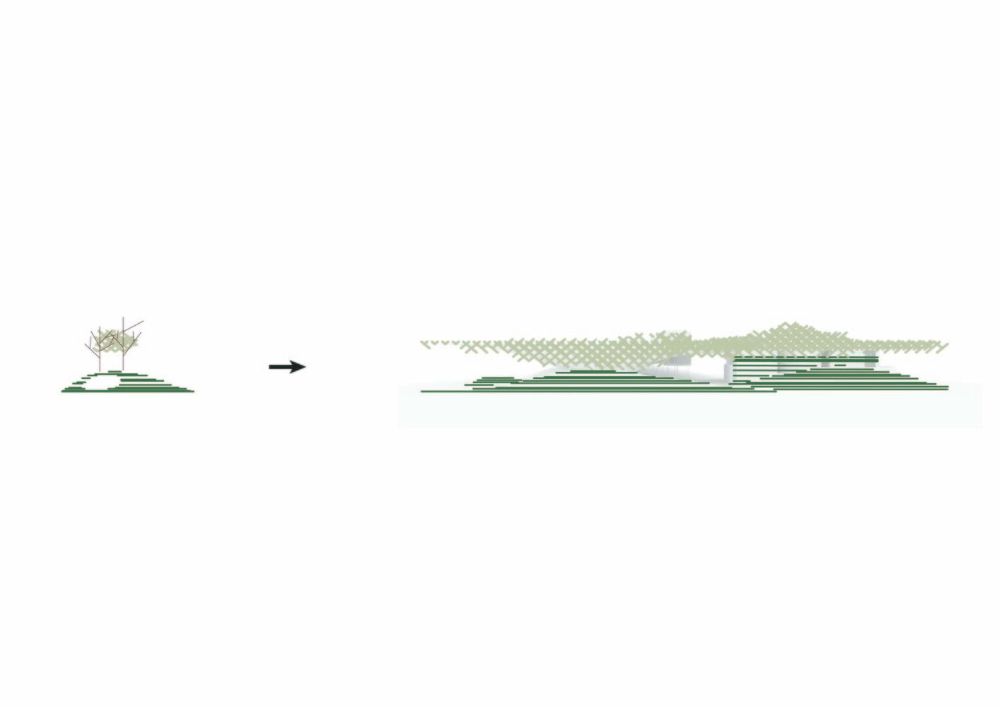 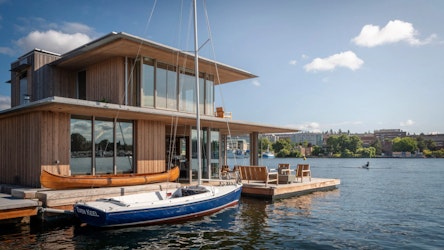 Designed by local architectural firm Olson Kundig, this building is a cabin floating above Portage Bay 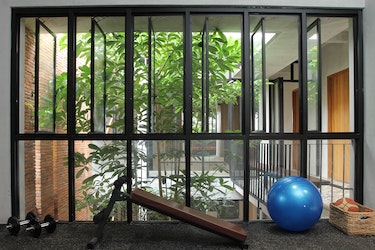 According to Deesignhandmade Studio, the dwelling should pay attention to the unique character and diversity o 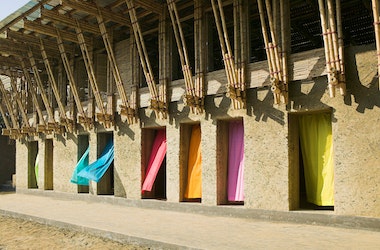