The Bundner Kunstmuseum expresses its independence as if it has no connection with the surrounding historical buildings. Barozzi Veiga designed this extension gallery with simple geometry and façade composition to accentuate its identity. 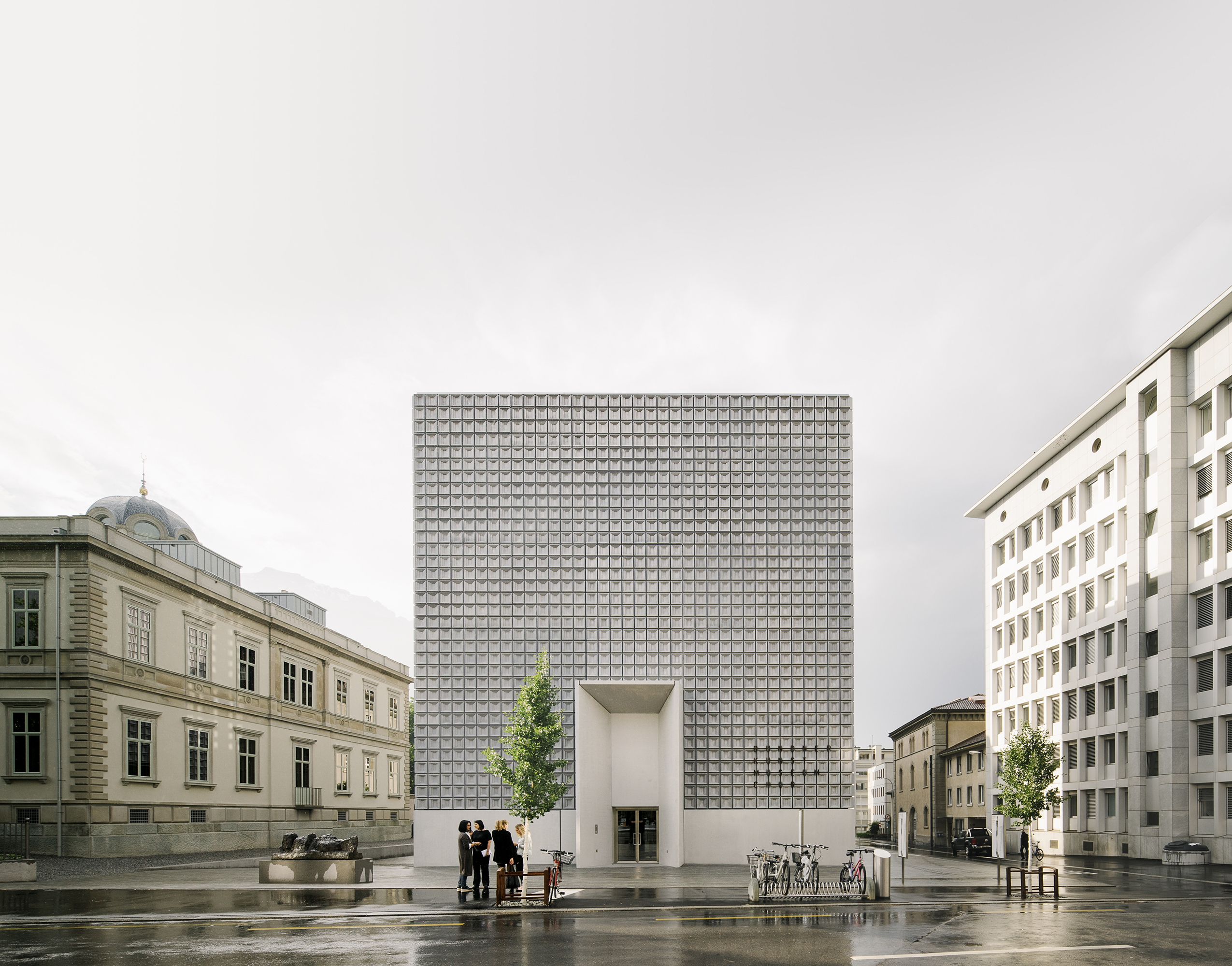 Located in Chur, Switzerland, the Bundner Kunstmuseum is a complementary extension building to the pre-existing Villa Planta site. Barrozi Veiga designed this extension based on the minimalist exterior volume and still represents Villa Planta. The plans of these two buildings are symmetrical and centralized, thus allowing for the extension of the exhibition space at a lower level (underground). Therefore, the Bundner Kunstmuseum and Villa Planta appear to be separated on the surface but still have a 'hidden' relationship on the inside. On the ground floor, there is a lobby with large openings facing west leading to Villa Planta.

From the streets, the Bundner Kunstmuseum looked like a volume with an untidy ratio of openings and solid surfaces on all four sides. Even so, this actually forms a unique and different character for each side of the building. The south side equipped with the entrance then becomes the front face of the building. Meanwhile, the west and east sides of the Bundner Kunstmuseum appear more open with their wide glass openings. In contrast to the north side, the façade only shows a combination of precast blocks and concrete walls. Opposite the lobby, on the east side of the ground floor, is the Bundner Kunstmuseum. 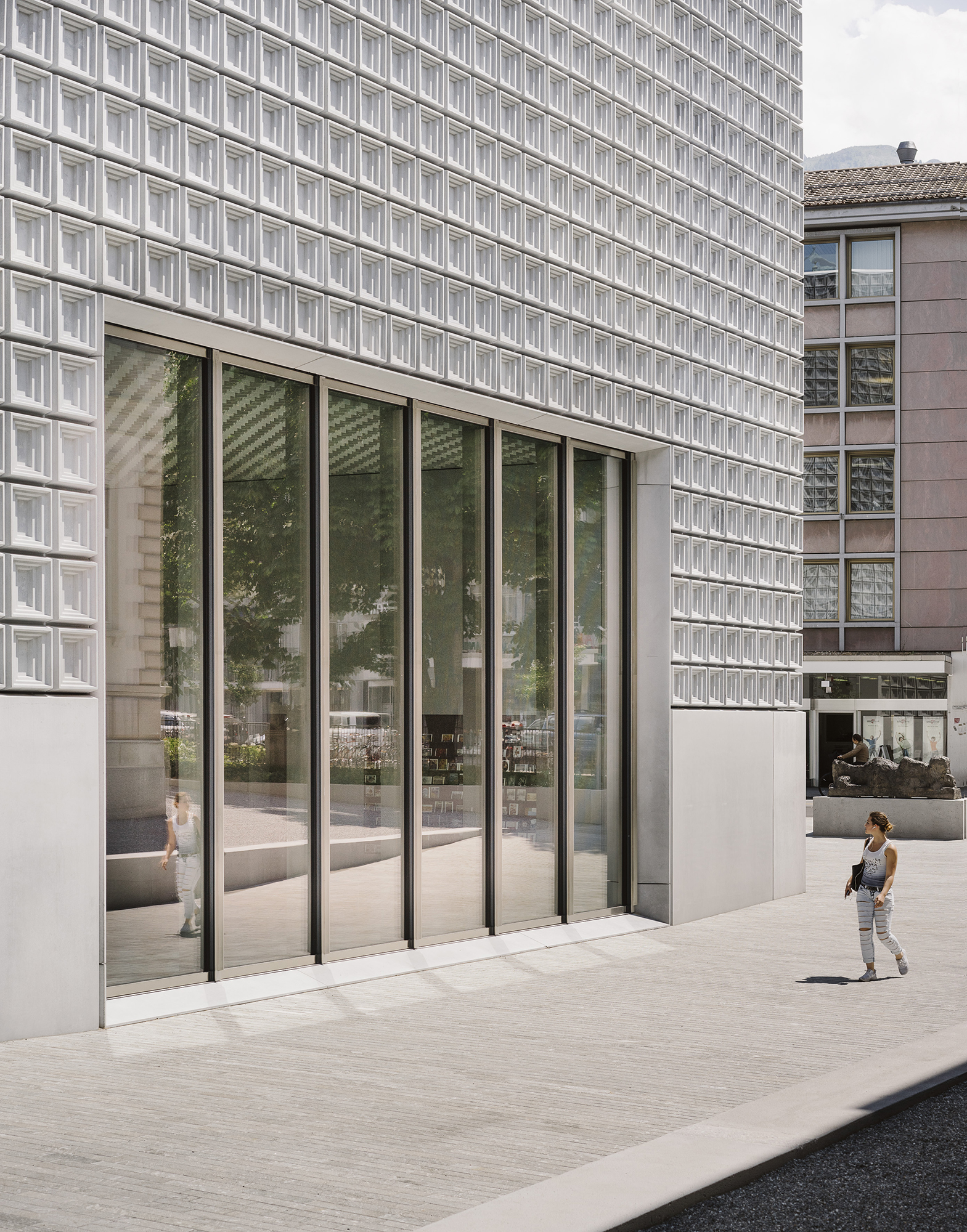 Details of the east side facade of the building are equipped with large glass openings.

Although the relationship between the Bundner Kunstmuseum and Villa Planta is disguised by the separating 'distance', the two nevertheless cooperate in an attempt at integration into the city order of Chur, Switzerland. By prioritizing a balance between classical structures and simpler configurations, each building tries to present its own identity. Stairs connecting the first basement floor of the Bundner Kunstmuseum with the ground floor of Villa Planta.

The hall inside the Bundner Kunstmuseum serves as a temporary exhibition space.

The design of the Bundner Kunstmuseum eliminates everything that does not fit the program, be it structure or construction, to create unity. A unity that is still in a clear and coherent relationship with Villa Planta. Architecture| Refurbishment|
There are no comments yet. 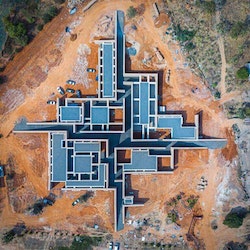 As a big honor to the elephant who had enormous rules in Thai culture history, Bangkok Project Studio working with 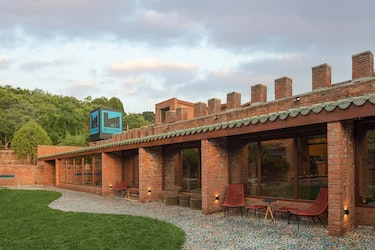 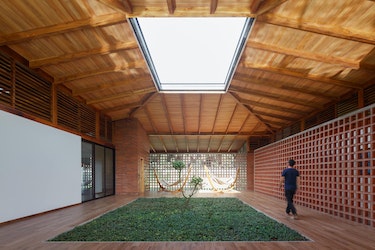 Coexistence with Nature in The House of Silence

The House of Silence is located in the city of Quevedo, one of the largest conurbation areas in Ecuador 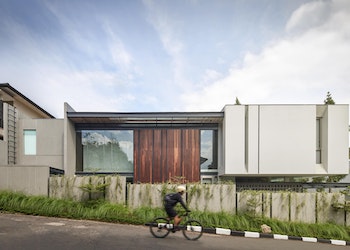