The capacity of concrete as a building material is unquestionable, especially for structural purposes. This is agreed upon by Stu/D/O, although they also believe that concrete holds more potential to support architectural development. Casa de Alisa is a two-story house project by Stu/D/O that optimizes the potential of concrete in its design concept.

In a two-story house project in Nonthaburi, Thailand, Stu/D/O decided to use concrete as its design concept. The goal is to prove that exposed concrete materials can form an architecture that shelter the lives in it from the surrounding context. 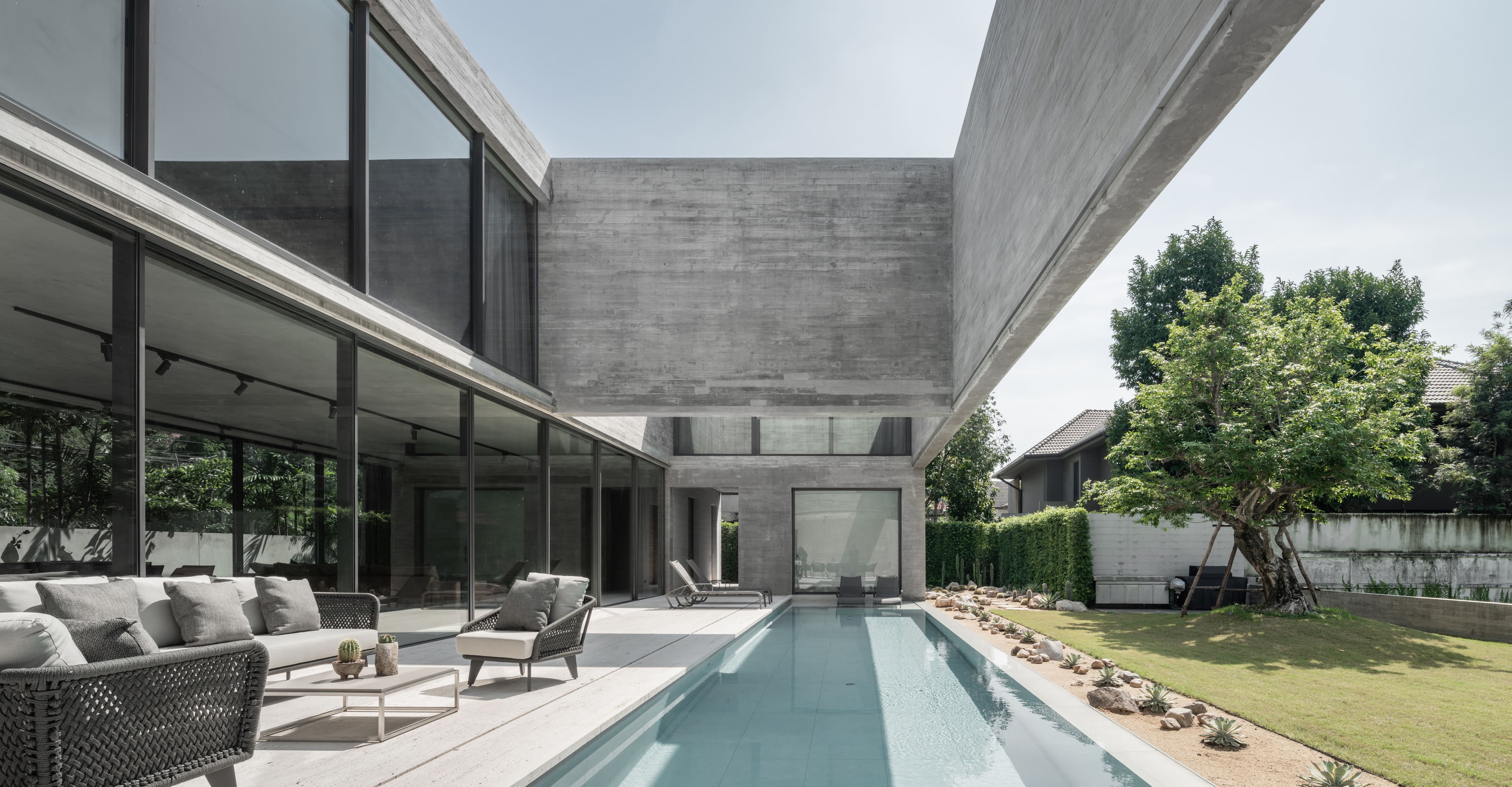 The series of exposed concrete planes on the Casa de Alisa design form a relationship with nature vertically.

Casa de Alisa was designed by Stu/D/O by utilizing several structural concrete walls (planes) to form its spaces while framing and accommodating the house's interior. Furthermore, because of cast concrete planes in its design, Casa de Alisa has the potential to acquire the desired natural scenery while maintaining privacy in it. Thus, Stu/D/O indirectly increases Casa de Alisa's sense of austerity through the bond between concrete, water, and the garden with the sky above it.

The threshold between the interior and the exterior of the house, especially on the ground floor.

Casa de Alisa offers an excellent visual and sound barrier from the surrounding environment as a two-story house with a clear division of programs. The lower floor of a semi-public nature consists of various thresholds that obscure the house's interior and exterior dividing lines: garden-pond-living space. Meanwhile, the upper floor, which accommodates the family room and bedrooms, expresses more private internal programs and functions due to the help of concrete planes. The planes divide each space to maintain the comfort of privacy and provide a difference in functionality.

The main façade of the Casa de Alisa shows a 37-meter-long plane cantilever.

For example, the 37-meter-long plane cantilever on the second floor creates space for the master bedroom and children's room so that it gets closer to nature without compromising privacy and comfort. This cantilever plane also acts as the main façade of the house as the 'background' for the spaces behind. View from the master bedroom formed behind the plane cantilever.

Family room upstairs with the 'background' of the plane cantilever in front of it.

The process of house formwork is one of the challenges, so many experiments are carried out by Stu/D/O to erect concrete fields perpendicular to the ground and intersect with each other at the upper level. The intersection point between two opposing planes supports the main structural system of the Casa de Alisa. Each concrete plane intersects to form the spaces of the house and supports the main structural system.

In the end, the Casa de Alisa can stand as a purely structural composition that allows for the efficiency of construction time. Furthermore, by highlighting exposed concrete materials, this house also managed to become a monolithic architecture that can provide protection and a sense of security for life in it. 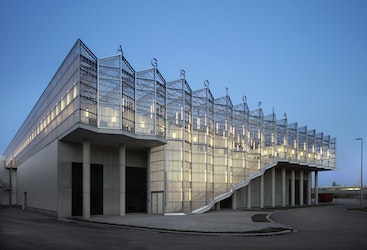 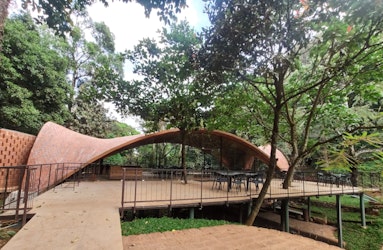 Play Architecture has designed the DevaDhare Dining Space in the small village of Saklespur, Karnataka, India. 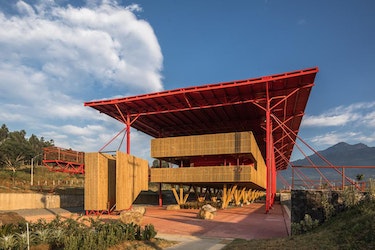 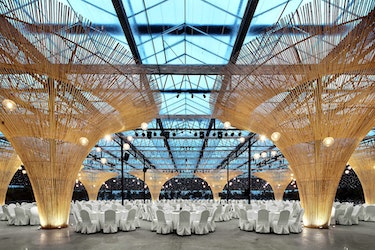