The world is facing various challenges that have increased in recent decades. The same thing happened in Thailand. This is influenced by many things, such as very fast technological progress, the increasing number of socio-economic disparities, natural disasters, conflicting cultural values ​​between regions, to what is still happening today, namely the pandemic that attacks the global community. Amid such national and global crises, "Sufficiency Economic Philosophy'' elaborated by His Majesty King Bhumibol Adulyadej in 1974 has gained recognition as the beacon of hope guiding the nation towards an Inclusive and Sustainable Growth Model. This philosophy is based on a belief that Human abilities can be strengthened through adequate thinking, coupled with wisdom, morality, and immunity to unforeseen changes and threats. The PANNAR project was established to inspire and spread the King's Philosophy to the Thai people. The project, which occupies 14 hectares of land in Nakhon-Ratchasima, has been transformed through the new Agricultural Model. The site, which was originally barren and rocky, has been turned into rice fields, complete with reservoir, vegetable and fruit gardens, and animal husbandry areas. In this complex, The Activity Center is the main building. It consists of two floors and is designed to accommodate up to 100 people in various functions. The first floor contains a reception area, seminar room, kitchen and large canteen. The second floor is focused on the office area, staff meeting room and facility control room. In designing the PANNAR project, the architects were challenged to explore the essence of the Sufficiency Economic Philosophy related to architecture. In practice, this is closely related to whether the building should conform to the bamboo hut model which is the traditional concept of rural dwelling. After discussing this with stakeholders, it can be shown that local crafts and materials can be displayed in a modern transformation that is attractive, suitable for today's lifestyle, and is durable but also environmentally friendly.

The activity center is designed as a large open pavilion to accommodate the flexible functions of the space. Placed in the center, the building is surrounded by vast agriculture fields. The broad, protruding roof made of locally grown bamboo helps collect and drain rainwater into small canals around the building and in turn, directs the water to feed other areas of the ground before reaching natural reservoirs for use during the dry season. The entire design of the PANNAR Sufficiency Economic and Agriculture Learning Center illustrates a belief that architecture is a science that also develops along with technological developments, needs, and human behavior. 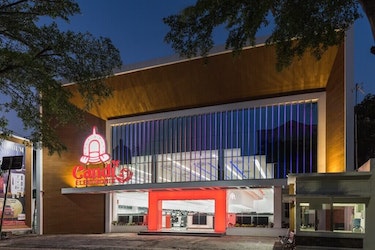 The site is in one of the busiest commercial districts in Surakarta, Central Java, Indonesia. The project is b 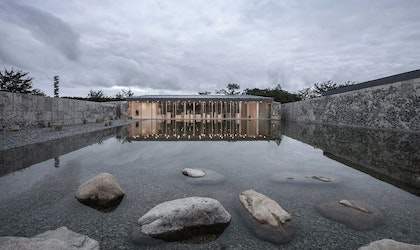 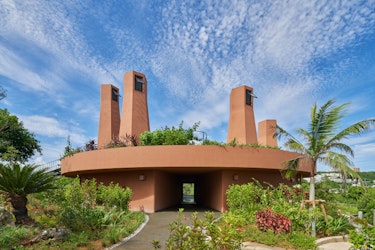 Care house of the Wind Chimneys by Hiroshi Nakamura & NAP

The care house invites children with intractable diseases and their families who have difficulties traveling, and 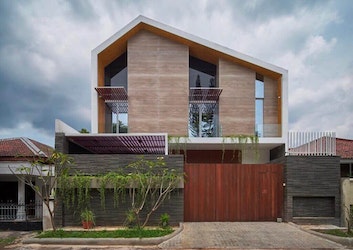 AG House is a 2,5 storey residence in Solo Baru with a land area of 300m2. The owner needs a lot of space, but it i