Heatherwick Studio finished other surprising works in May this year. Built on the Hudson River and with an area of 2.4 hectares. Interestingly, Little Island uses 132 concrete columns over the river, as the foundation of the project used as a park and amphitheater. According to Heatherwick, the project's design idea came from his observations on the old dock piles that were still out of the water and provided a place for fish to breed. So that a mushroom-shaped column made of concrete is formed that has been arranged at different levels to create a wavy shape. To get here, visitors can pass through two bridges directly connected to this small island.

Quoted from Dezeen, Thomas Heatherwick said "Usually, the pier comprises a structural pile that descends to the bottom of the river with a slab covering it, so that a surface is formed. However, we were inspired by this stack and needed civil engineering to build structures capable of withstanding extreme river conditions.”

In addition, Little Island has a variety of flowers, trees, and other plants that are the center of new attention of New Yorkers, because of the denseness of this metropolitan city. Also, the 700-seat amphitheater is a scenic performance venue on the Hudson River. 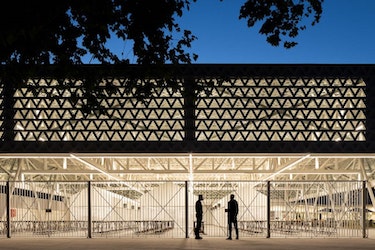 Historical Background (text provided by architect) Opened on September 21st of 1952, the construction of th 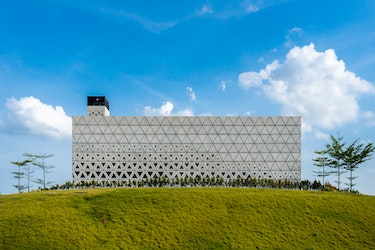 Staying Calm in the Complexities of Bengal, Aman Mosque Offers a New Language of Mosque Architecture

Like other religious buildings in general, which are full of tranquility and spirituality, Aman Mosque also aims t 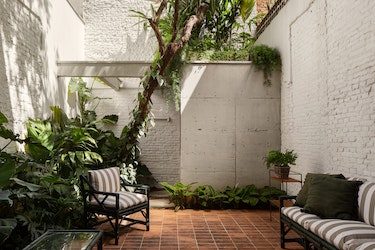 Renovation of a Townhouse in a Crowded Area of São Paulo

São Paulo is one of the densest areas in Brazil, so office and shopping areas occupy much land in this 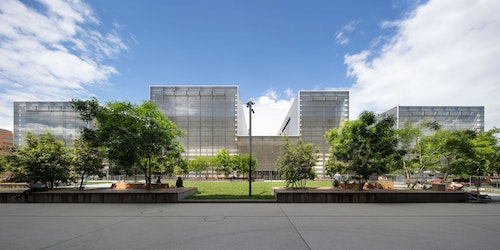 Even though it's called The New Comédie Theatre, this building is more than just an ordinary theatre.