HQ of K-pop Music Agency that Resembles a Speaker

A South Korean music agency, YG Entertainment, has updated its headquarters building in collaboration with an architectural studio based in Amsterdam, UNStudio. Through its design, UNStudio displays a shape resembling a speaker through the form of the building for this head office. The shape of this building represents the office of one of the largest music agencies located in Seoul. 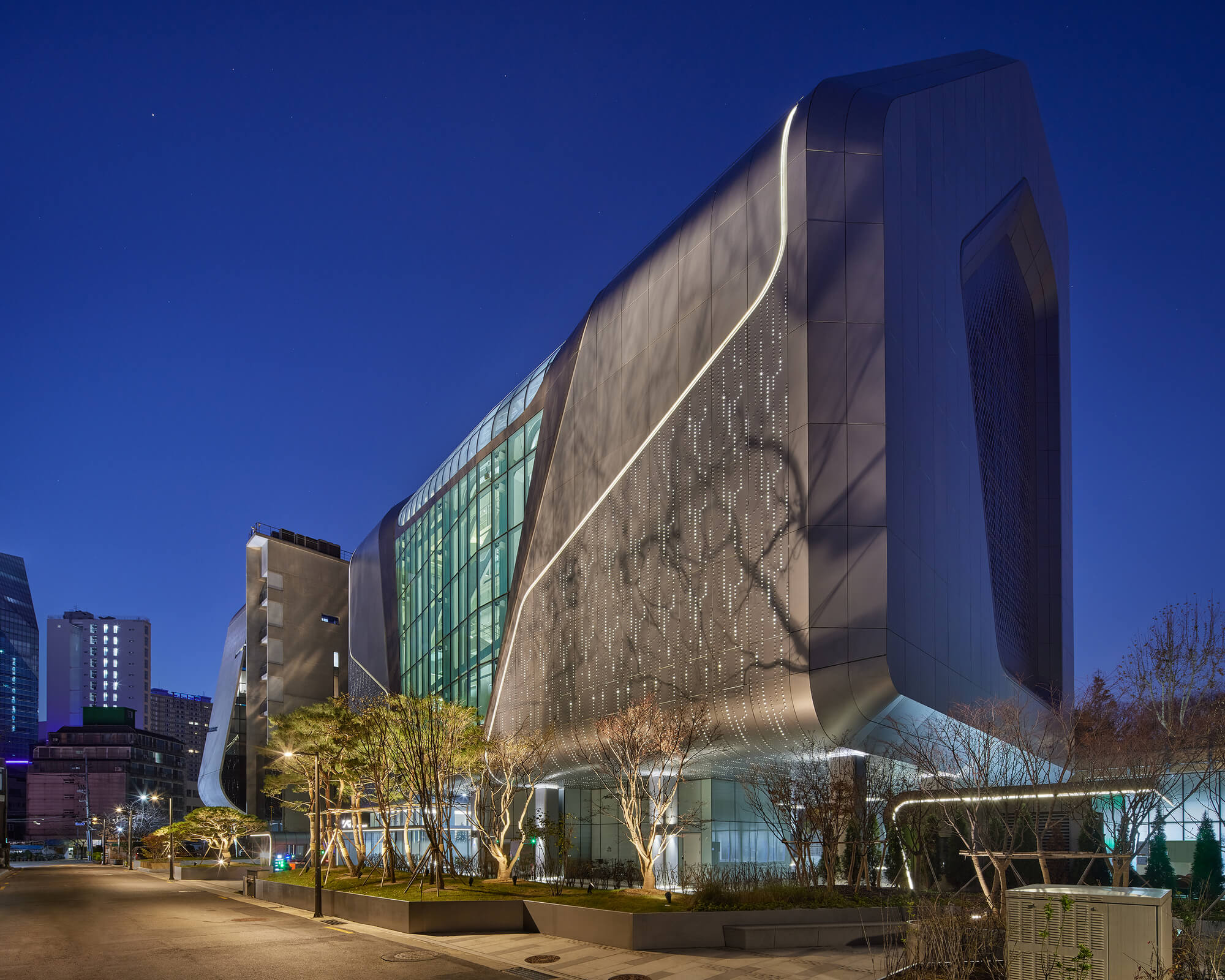 YG HQ is the headquarters of YG Entertainment

The shape that resembles a speaker makes this seven-story high office look contrasted to neighboring buildings. This is because the exterior is designed with a central glass section flanked by a metal panel finishing like a shell. In addition, UNStudio also uses sweeping geometric lines and metal surfaces to give the impression of a performance at the music agency's headquarters. Having seven floors there designed in such a way, UNStudio places several crucial rooms such as offices, meeting rooms, and recording studios spread out. There are two areas of main concern, namely the northeast and southwest. The northeast side is the quiet side, with the characteristics of a more closed building, while the southwest side of the building is more open with glass and a balcony overlooking the adjacent garden. Skylit serves as a circulation of light

UNStudio believes that the design of this building is to remind the product quality more than the building, where every design feature has a performative function. This is intended to represent creativity in the works, which is not only limited to the aspects that are restraining.

“YG Entertainment's new headquarters were designed to align height, floor, and functionality while creating a new impetus for this location and organization made possible by its unique position between city and park,” the studio said. Arches, sweeping lines, and light colors reflect the geometry of the building

As a high “traffic” office, the office space is arranged around a four-story skylit atrium that provides a meeting point for all its users. In addition, a skylit also functions as a light circulation that will make the place bright from morning to evening. A series of protruding “pods” are also placed along with this large window overlooking the atrium, serving as a space for work or rest. The building accommodates offices, meeting rooms, and a recording studio

On each floor, there's an area for the inner garden that allows light to enter all parts of the office. The interior design of this building contrasts with the arches, sweeping lines, and bright colors that reflect the geometry of the building. These lines also serve as integrated lighting throughout the floor. So that at night, the concept of illumination of various interior zones can highlight the performance qualities inherent in the entertainment and music industries. 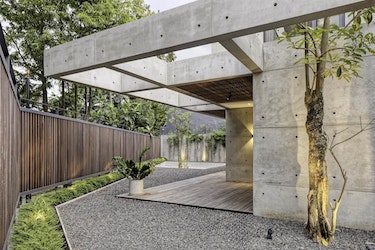 Hidden behind several mature trees around the site, an unassuming concrete house nestled behind a long row of

Material Exploration a la Host House by Splinter Society: A Dialogue between Black and White Volumes

Harmoniously, the Splinter Society has transformed the white-volume worker's cottage in the corner of the Brunswick 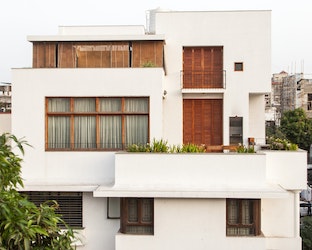 Full of Wisdom and Consideration, Studio ii Design House for Young Couple Above Their Parents' House

For young newly married couples, coexistence with parents can be aspirational and wise.