Dog/Human House: An Architecture That Can Honor Every Life in It

According to EKAR, architecture is a reflection of humans who should be able to be respectful to others and other living beings. Based on this principle, EKAR designed a house titled 'Dog/Human' as a symbol of the sincere relationship between humans and dogs. This house is not only a place for the client to live with his beloved dogs but also a place to share happiness with other dogs and their owners. In other words, the house is open to anyone who wants to make the most of their time by playing with their service dogs. 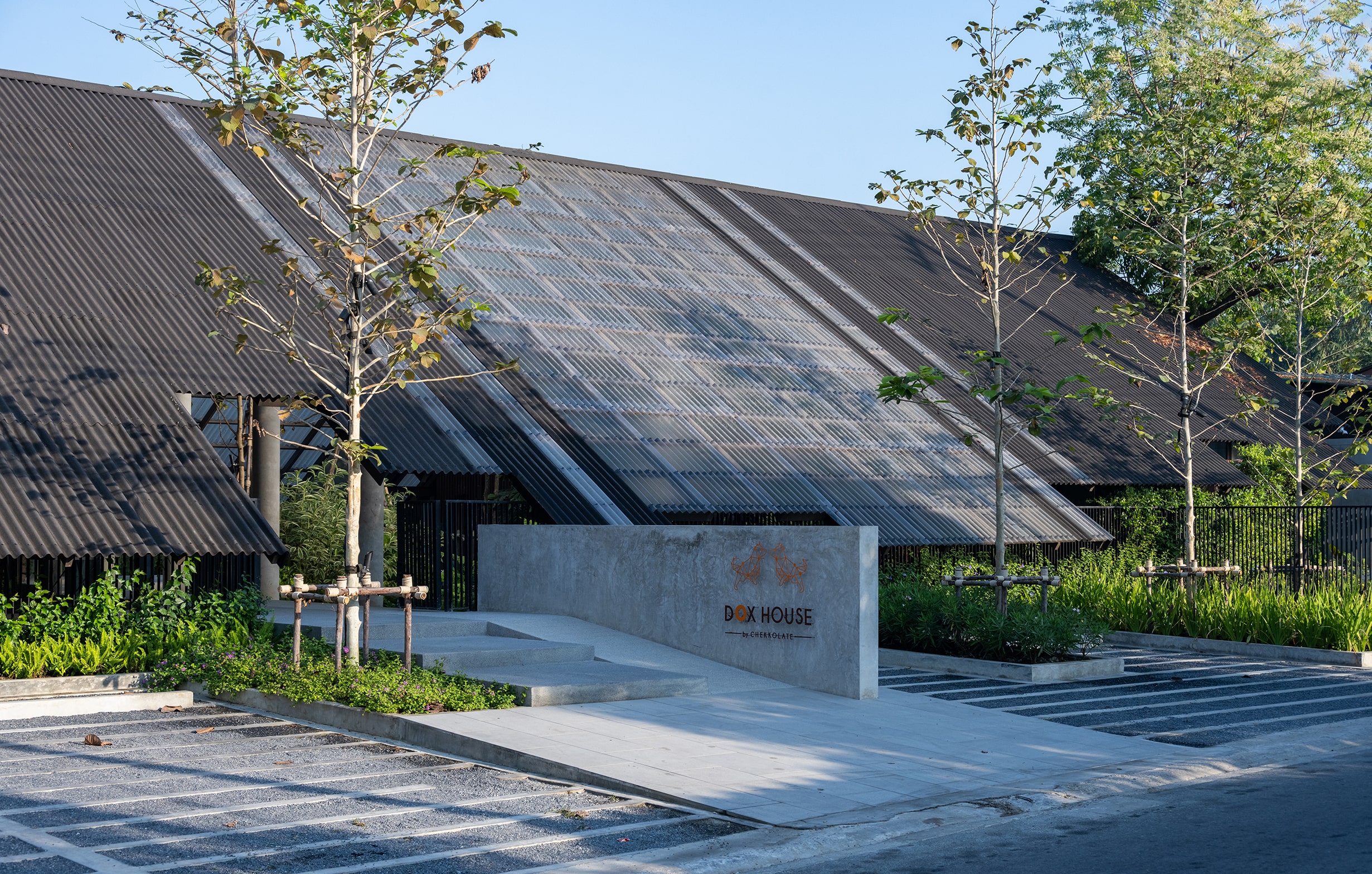 Located in Nakhonpathom Province, Thailand, the project seeks to broaden the understanding of the architectural context in general, to the point of touching something abstract such as user relationships in particular the relationship of dogs to humans. However, EKAR does not necessarily forget the interesting architectural character of the past that is well preserved in Nakhonpathom. For example, the shape of the roof of the local buildings also influenced the design of the Dog / Human house. This private house which is also open to the public is in a neighborhood with a strong architectural character from the past. The central courtyard is the center of life, where the dogs play.

The local agricultural architecture has a low roof design because it still thinks about the life of farm animals such as chickens and pigs that coexist with humans. It was such a design concept that the Dog/Human house was later borrowed to offer a life of mutual respect between humans and dogs. In their research, EKAR also realized that the simple thing that is so important for dogs, humans, and architectural relationships is scale. Scale is the most significant difference felt by dogs and humans. Therefore, with the low roof design in mind, the Dog/Human house tries to optimize the scale or trim the distance between the dog and the human, both physically and mentally. The entire house building adopts a low roof which is the context in its design. The base of the column is shaped according to the sleeping position of the dog.

In the program, there is a part of the house that functions as a ‘hotel’ for other dogs to share happiness and interact with each other. As a complement, there is a salon and a dog swimming pool adjacent to the central lawn with green grass. Meanwhile, dog lovers can monitor the cute behavior of their beloved animal from the waiting room near the entrance, just across from the welcome yard which is shaded by a transparent roof. From the welcome page, either humans or dogs can feel the closeness to nature because many tropical plants grow in it. The low roof design was also not equipped with a roof gutter so that rainwater could fall directly to the ground. In more detail, the column base of the precast concrete that supports the house is designed by following the sleeping position of the dog. The basic design of such columns, functionally, also facilitates the cleaning of the house. Meanwhile, the backyard swimming pool is equipped with stairs that not only adjust the human scale but still make it easier for dogs to step in or out of the pool. Finally, thoroughly, the low roof, which is mostly covered with black asphalt, is designed without a roof gutter so that rainwater can directly fall on the ground.

Thus, this Dog/Human house is expected to encourage coexistence between humans and dogs. By spending time together in this house, they can grow closer and can respect each other. Because all living things are meaningful on the face of this earth. The welcome courtyard offers a close-to-nature experience for every dog and person who comes. 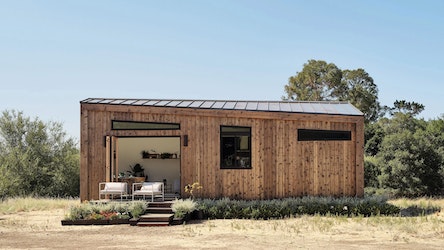 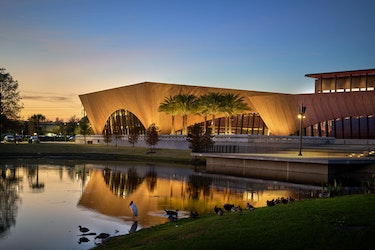 The library and events center building that is located in the northwest corner of Martin Luther King Jr. Park 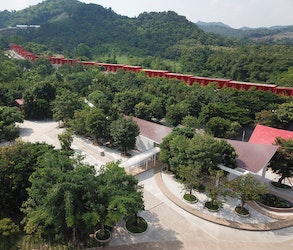 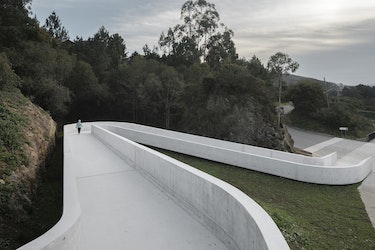