José Pedro Lima designed the Garden Pavilion as an outdoor concrete structure that complemented and eased its main home program. Located in Northern Portugal, the project is reminiscent of a common practice in the 19th century that developed for social and domestic reasons. Garden Pavilion was designed by José Pedro Lima to complement the program of a house.

Although not so large, the new space that occupies the land of the former interior block can offer various programs. Starting from a mini office, children's playroom, and a place for laundry service. All those activities can occur simultaneously because José Pedro Lima precisely arranges the program. Complementing the existing spaces, the courtyard with green grass is present as a counterweight to the concrete structure so that it is not monotonous. Previously, the courtyard was a 20-square-meter piece of land that had experienced pavement. The combination of white concrete structures and surfaces with bright red hues becomes the character of the Garden Pavilion has a green courtyard on the outer side. Surfaces with a red hue in the room can still be seen from the outside through its wide glass openings.

To create a pleasant contrast on the green lawn, José Pedro Lima combined white concrete and surfaces with a red hue as a construction of the Garden Pavilion. Through white concrete, Garden Pavilion strives to present a shady atmosphere like a safe shelter. Meanwhile, its bright red hue penetrates the wide glass openings, amplifying the contrast with the surrounding environment. The Garden Pavilion consists of walls and building cores that serve as structural supports. To maximize functionality, the inside of the core of this building allocate to place toilet separating the main room and the smaller space. We can use the larger main room for offices or playrooms. Meanwhile, we can use the smaller space, on the other hand, for domestic purposes. As a complement, open space at the southeast end of the land was used to support the two rooms because it had a cabinet to store things. The smaller space is behind the toilet, accessible from the outside directly. The open space at the end of the field is equipped with an exterior cabinet. The open space supports the function of the room duan on the inside.

According to José Pedro Lima, after completing the Garden Pavilion project, they became more aware that they can sometimes find the answer to the needs of users of a house outside the building. Garden Pavilion, which has a distinct, abstract, and contemporary character, can realize harmony and scale that is adequate for a house. 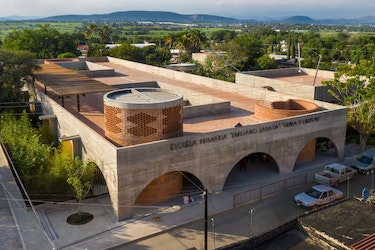 Many schools collapsed due to the earthquake that rocked Mexico in 2017, prompting Alberto Kalach to design a 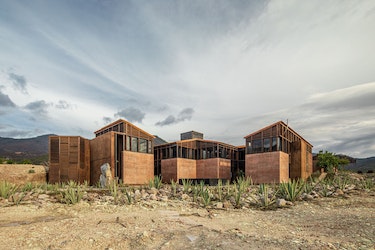 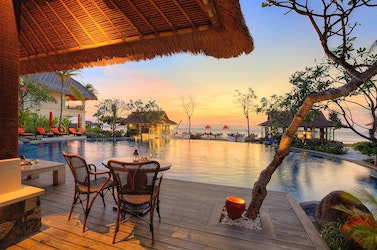 When talking about the natural beauty of Indonesia, there's no words to end it. Moreover, the geographical 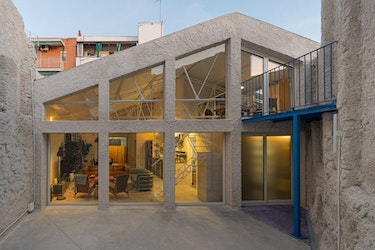 Live with the City's Industrial Heritage in Blasón by BURR Studio

The city of Madrid, in the last 30 years, has experienced a decline in industrial activity due to many factors