IBUKU studio, which is synonymous with bamboo-based architectural and interior design works, completed the Echo House in Green Village, Bali, in 2020. This Echo House was designed with two masses, consisting of the main house and the guest house, which try to offer something new from the studio - the use of materials other than bamboo. As a new addition, the Echo Main House completes the family home concept for German photographer Vanessa, Australian entrepreneur Daniel, and their three children, who previously owned the Echo Guest House (2018). The two houses then became a special touchstone for IBUKU studio in exploring other materials for the building in Green Village which was already full of bamboo houses. This two-story house is uniquely designed by combining various materials that are harmonious. As you enter the interior, you can immediately feel the harmony of the terrazzo floor, steel and glass walls, wood, stone, local brick, and bamboo, arranged and sheltered under a curved and shiny copper shingle roof. Of course, the combination of these materials also forges a gentle relationship with the surrounding environment which is lush with trees. Thus, the living space formed in the Echo Main House has succeeded in creating an open space and a pleasant experience through its plan, features, and landscape. (The living space formed in the Echo Main House) Even though it is adjacent to the Echo Guest House which was first built, this main house also has sufficient programs to meet the needs of its residents. Echo Main House has three bedrooms (one master bedroom and two children's bedrooms) complete with their own bathrooms. In addition, this house is also equipped with a living room, playroom, TV room, laundry, swimming pool, and pool kitchen. To get to the Echo Guest House, residents of the main house only need to go down the path and stairs. (View of the Echo Guest House from above)

Shaped like an amphitheater tucked into a shady forest, the Echo Guest House is full of a strong artisanal village feel. Because it is designed with a woven design screen and various materials that are rich in texture such as terra-cotta and wood. Practically, the house consists of two bedrooms, separate with a kitchenette and a poolside BBQ which can be used by the family as an extension of the indoor space or rented out. Because it is located on a sloping site, the design of the Echo Guest House is also carefully placed between the trees so that it can capture natural sunlight and maintain the privacy of the residents. To top it off, the house also features a games room, a waterslide, and even a secret passage between the two bedrooms. 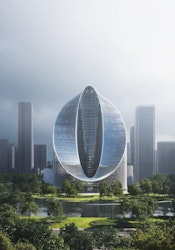 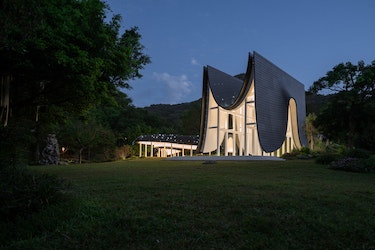 Sacredness in the Openness of Xi Hall, the Levitated Curtain by Say Architects

Instead of creating an enclosed space for sacred wedding ceremonies, Say Architects designed Xi Hall as a spac 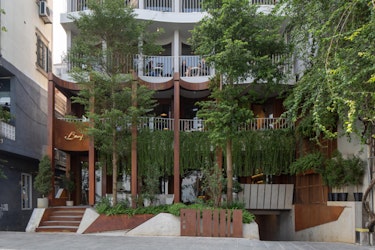 A café that caters to multiple uses is located in West Lake, Vietnam designed by Comma Studio. 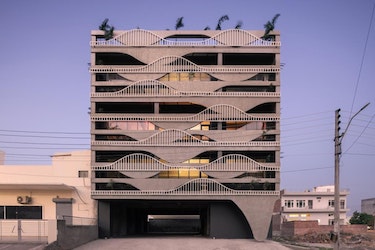 This building is designed with the ambition to be able to bring happiness to everything and all objects around it,