Architect Gabriel Pozzobom was commissioned by his client to design a house in the Brazilian countryside, named Boa Vista House. The house is expected to be a sanctuary that is fully connected to the landscape, as well as constructed from raw materials such as stone, wood, clay, and fair-faced concrete.

The client added, the desire to spend their old age in this house, along with the fresh air of the nearby forest. Knowing that his design would be a house for aging, Pozzobom devised a program that could accommodate only one floor as much as possible. With some other considerations, which also come from the client's request, such as good lighting and protection from excessive sun. As a result, the volumetric Boa Vista House is distinguished by a large concrete slab that seems to be detached from its main mass. Meanwhile, to allow all the rooms to reach views of the surrounding landscape, the plan of this house is then divided into two intersecting volumes that serve to separate personal and social activities. The front side of Boa Vista House. The large concrete slab defines the shape of the Boa Vista House.

In the social block, there is a living room with large windows overlooking the view of the hills in front of it and the pond by the veranda. In addition, the windows also play a role in capturing the wind that will be distributed throughout the house to create a comfortable atmosphere in the summer. As support, there are also stripe windows that function to allow cross ventilation in the house, while strengthening the relationship between the inside and outside, and giving nature an important role when experiencing the interior. The stripe windows allow cross ventilation in the house.

Meanwhile, the private volume is positioned further away from the main road, but still has a direct view of the landscape and pond with a burst of sunlight rising from the hills. Between the two volumes, an inner courtyard is formed that is sheltered from the frequent northeasterly winds. This area can function as an outdoor living room that still emphasizes intimacy and privacy. The inner courtyard can also be a living room. View of the hills flooded with sunshine from Boa Vista House.

Together with the barn and the surrounding stone walls, the Boa Vista House also projects a perfect square shape on the ground, even though it still feels alien to nature and contrasts with the landscape. Then, the long straight lines of the box shape create a play of color and contrast that varies throughout the day on the walls and floors of the house. 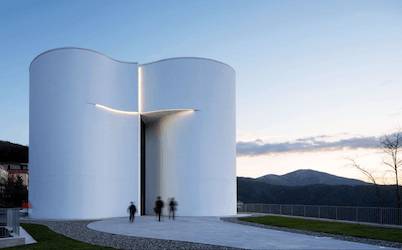 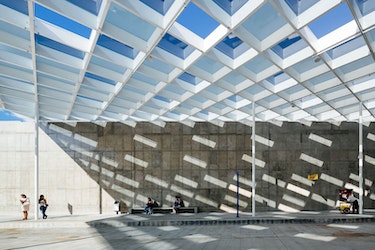 Due to the arrangement of spaces that were previously less friendly to pedestrian footing, 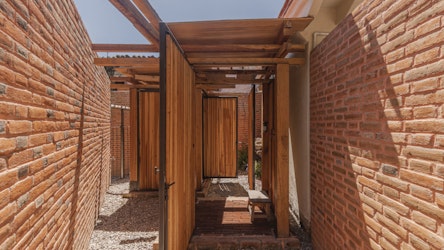 In the center of Cuernavaca City, Mexico, there is a historic house that dates back more than a hundred years. 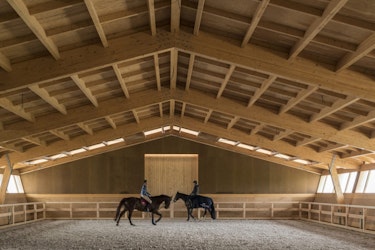 Dialogue of Architecture & Horses in the Equestrian Center by Carlos Castanheira