Due to the arrangement of spaces that were previously less friendly to pedestrian footing, an underground Morumbi Train Station located in Sao Paulo, Brazil needs a major overhaul, especially on the upper floor and first floor underground. Metropolitan Transportation Company Sao Paulo appoints 23 SUL to change the Subway Station to be better. Judging from the construction that has been done at the Station Morumbi Subway before then Transportation Company Metropolitan Sao Paulo has guidelines for changing stations with executive architectural design, supporting urbanization, and arranging landscapes that can reflect visual communication. The changes made by 23 SUL are very significant, namely by regulating the horizontal and vertical circulation. Starting from the road area for the pedestrian area that is made wider so that visitors can put their things to bring. Laying and placement of circulation areas vertically and horizontally are strategically placed, so that they can create wide access, the configuration of the lobby area as circulation main, and unify the access between the Subway Station and with Bus Station. a roof structure that casts a shadow like a mosaic 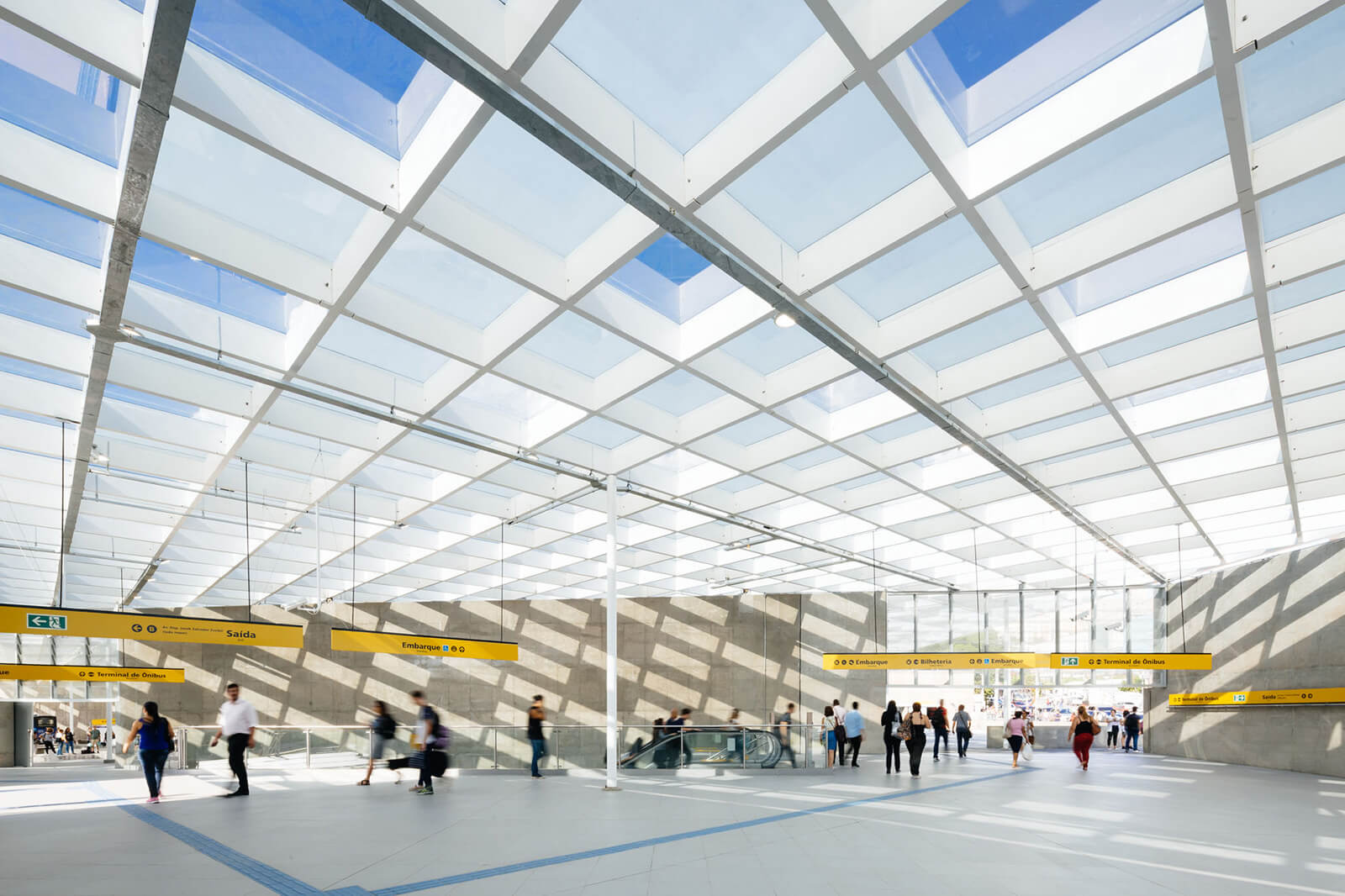 In addition, changes are also seen in the design of the station roof. Form the roof is a large flat roof, with a colored metal frame white and supported by slender metal pillars and concrete walls. Closing the roof as a whole uses transparent and opaque glass material. With this material, natural light from outside can be drawn in underground floors, then reflecting its light properties from the walls concrete goes to areas that are difficult to get the sunlight directly from.

The roof truss structure intersects with the material's opaque transparent glass producing a mosaic-like shadow, the movement of which is stable and directional according to the direction of movement of sunlight. 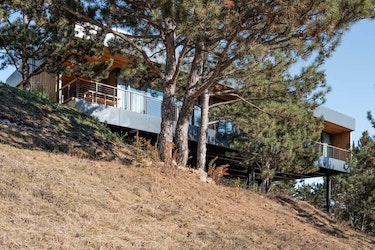 Hillside House is a residential design project located in rugged terrain in a forest area of Crimea. 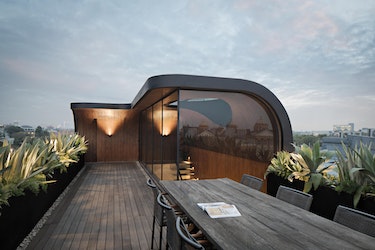 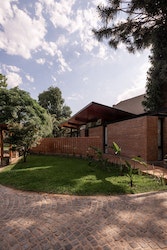 You will feel a thick tropical atmosphere when you enter the 409m2 area located in City Bell, Argentina. 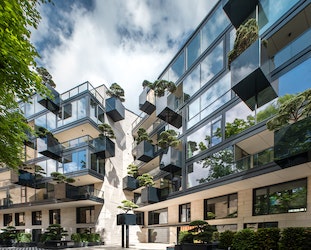 House of the Flying Trees (HOFT) is an apartment block located in the center of the Capital City of Riga, Latvia.