Lieben bar is a bar in the city of Shanghai that occupies the second floor of an existing empty building. To get into it, the journey begins with a solid concrete wall. Along the walls, visitors can find fake doors and if interested, can glimpse into the bar from the peephole. The original door itself is located in front of the fake door, which although quite hidden but still easy to find. Different from the bars in general which invest quite a lot in advertising themselves, Lieben Bar and All Studio Design decided to rely solely on word of mouth. The main concept raised in the design of the Lieben Bar is everything related to the door. All Studio Design analyzes the relationship between doors and spaces, then discusses their deeper meaning to integrate them into the interior design of the bar. Existing spaces were dismantled and rearranged with door elements enlarged and accentuated. The changes to the interior of Lieben Bar give the space a direct expression and abstract deconstruction. According to All Design Studio, Lieben presents a diverse journey for urbanites through exploration-immersion-return, and for that, we need a door to escape and a door that we are constantly looking for. The name Lieben Bar itself comes from the song of the german band Rammstein, “Was Ich Liebe” with the word Liebe means love in german. The idea is to create an enjoyable experience for the customers, even more so because of the effort involved to find the door during their journey to enter the bar. The interiors are dominated by rusty iron, concrete, and leather starting from the entrance with a row of one-sided locks that extends to the lobby. The motif of the door is also continued to the inside of the bar. 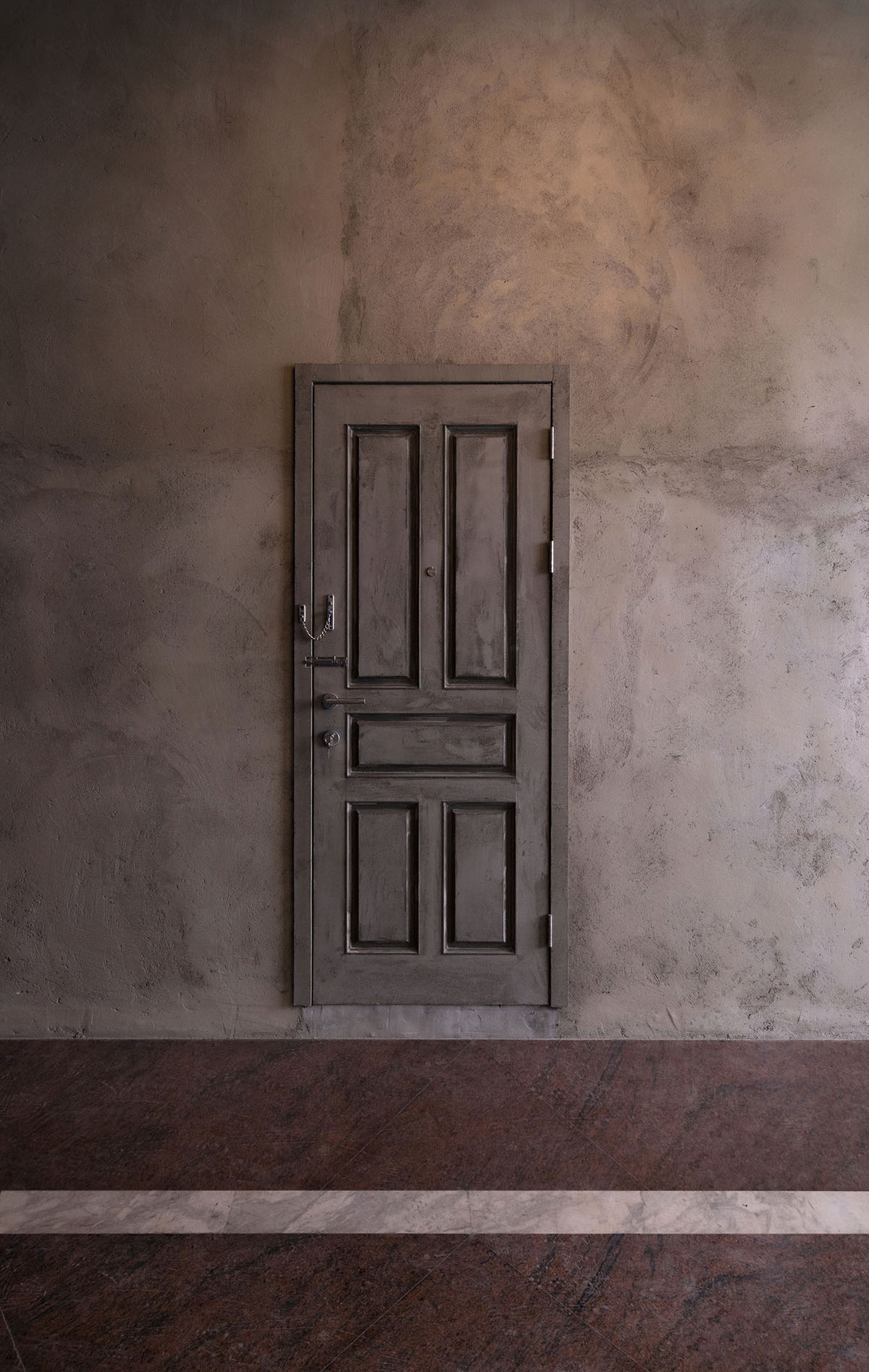 The center of the bar area is lined with small round tables and stools, while black leather seats can be found on the right and in the booth area opposite the bar counter. The wall above the booth is made of seven deconstructed concrete doors. While on the right side of the bar, there is a wall lamp that echoes the fake peephole. The lighting inside the Lieben Bar is subdued, creating an overall dark and mysterious atmosphere. This lighting is reinforced by the presence of rusty mirrors that expand the space and reflect the overall lighting. 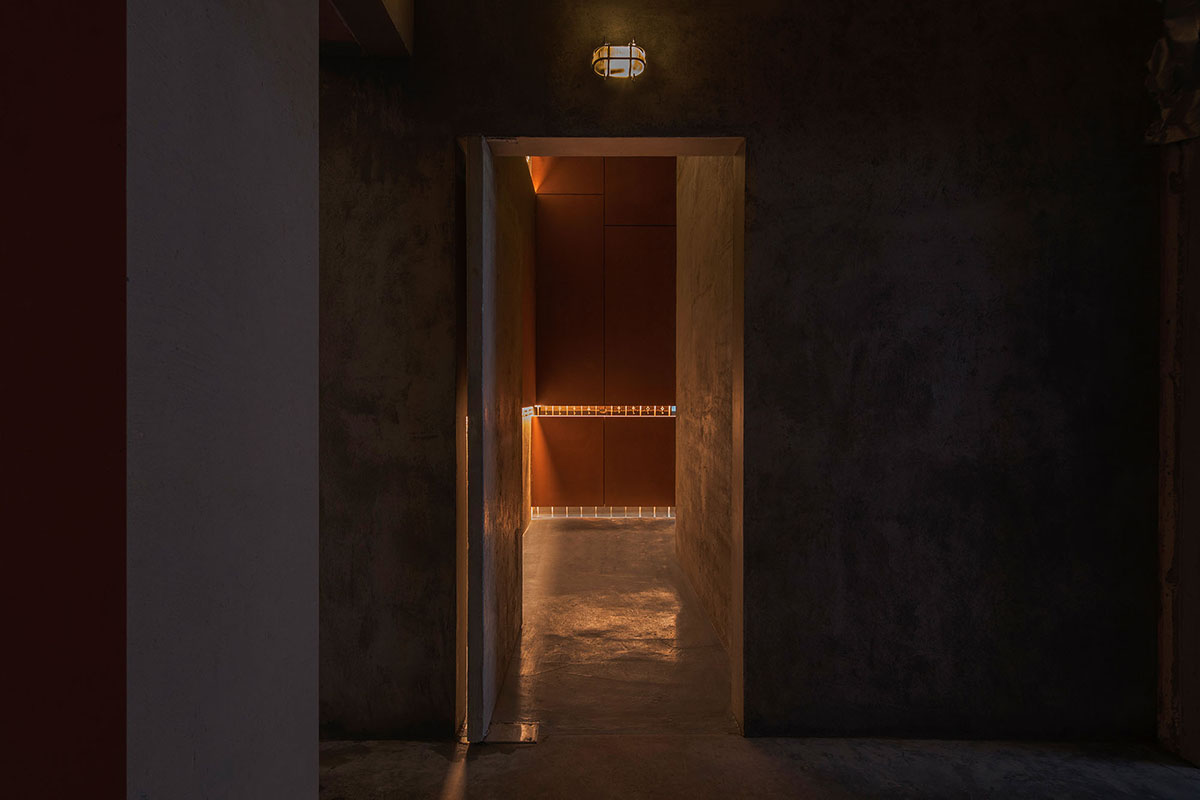 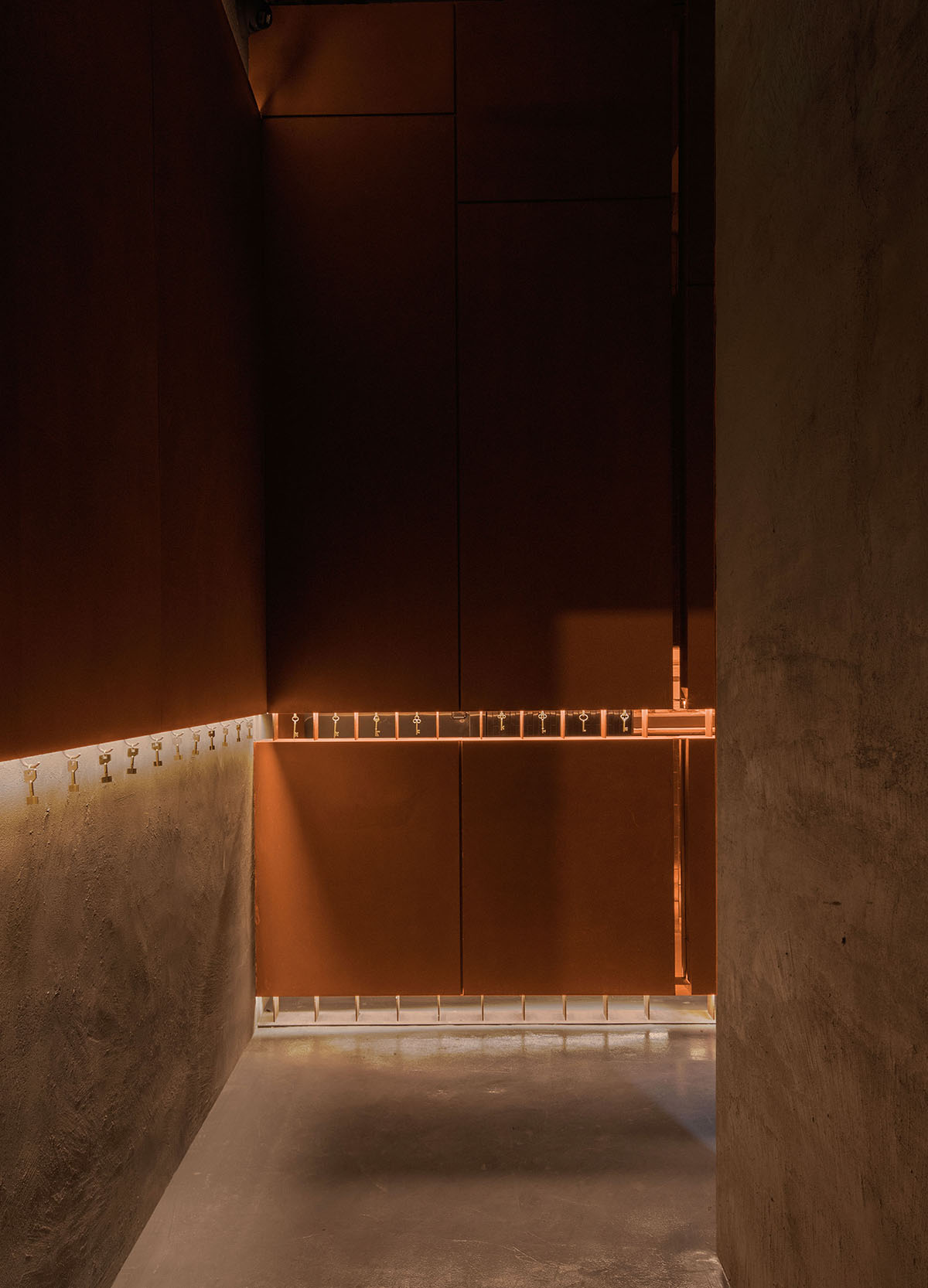 Interior|
There are no comments yet. 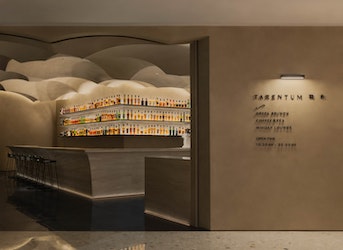 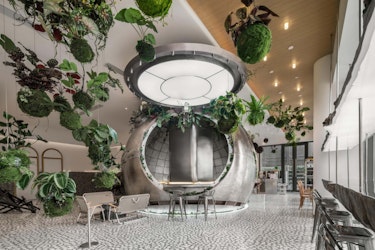 A coffee shop in Shanghai has become a hot topic due to its very unusual interior design. 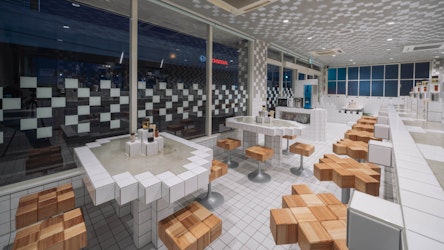 Kaishin No Ichigeki, A Ramen Restaurant That Brings Feelings to the World of Video Games 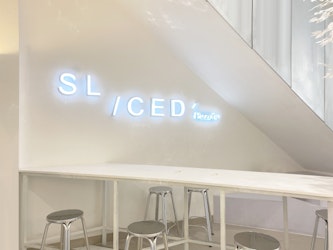 Usually With a Retro Concept, This Sliced Pizza Restaurant Even Presents an All-White Room

There is an all-white restaurant when visiting Pantai Indah Kapuk, Jakarta. Bandung-based architectural firm A